Bicyclist struck and killed by truck in Streamwood 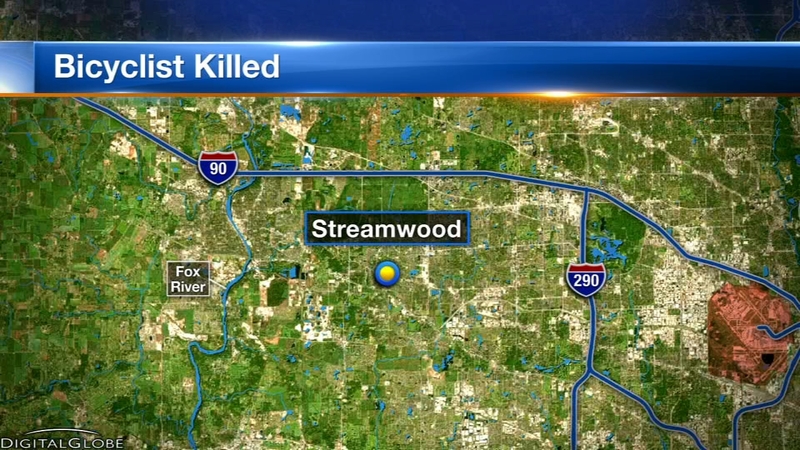 Bicyclist killed after being hit by truck in Streamwood

STREAMWOOD, Ill. (WLS) -- A man riding a bicycle died after being hit by a truck while crossing a street in Streamwood Tuesday night, police said.

Lattimore was pronounced dead at the scene. No other injuries were reported and no citations have yet been issued, police said.

RELATED: Pregnant mom of 4 killed after pickup rear-ends car she was pushing in Streamwood


The cause of the crash remains under investigation.

The crash comes one day after a pregnant mother of four was killed in Streamwood. Aries Cobian, 29, was trying to push her stalled car off the road when she was hit.