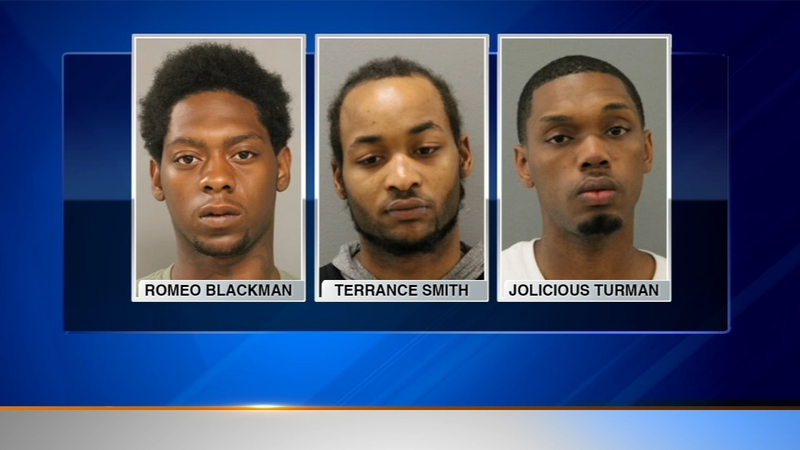 CHICAGO (WLS) -- Twenty three alleged members of a Chicago street gang have been charged in a federal racketeering investigation.

The 23 people allegedly belong to the Goonie Boss gang, a faction of the Gangster Disciples. The charges allege they terrorized the Englewood neighborhood and are responsible for 11 murders.

Among those incidents was a murder inside Powell's Barber Shop in 2016. Owner Sunnialli Powell said he has lost clients and peace of mind since the incident.

"It's sad, because it should have been a sacred place, and nothing should have happened here negative or violent," Powell said.

Another victim, 34-year-old Kenneth Whittaker, was shot in the head on his way home from work. Whittaker's cousin, Tawana Bennett, went to the 7th Police District Friday to hear the charges as they were announced.

"We prayed and prayed and finally this day has come, that we got justice for my cousin's murder," Bennett said.

According to a statement released by officials Friday, Romeo Blackman, 22, Terrance Smith, 22, Jolicious Turman, 27, and Nathaniel McElroy, 21, all of Chicago, were indicted under the Racketeer Influenced and Corrupt Organizations Act in connection with gang activity. The indictment names Blackman as the leader of the gang.

"The only way to get at them with the full extent of the law is to put RICO cases so we are going to use it as much as possible," said CPD Superintendent Eddie Johonson.

In the process of the investigation, several other gang members were indicted.

Blackman, Keith Gullens and Rashad Anchando are charged with conspiring to steal firearms in 2017. The three men allegedly used a stolen vehicle in a smash-and-grab robbery to obtain the weapons.

Also in the process of the investigation, McElroy, Cornelius Battle, Dalrick Drain, Reginald Johnson and Lason Moore were indicted for an alleged 2017 "straw purchase" of firearms in Michigan.

Christian Sievels, 19, of Chicago, has been charged with first-degree murder in the 2016 death of David Easley, 26.

"Goonie members and their associates murdered and assaulted rivals, stole guns to arm themselves and violently prevented witnesses from cooperating with law enforcement," said U.S. Attorney of the Northern District of Illinois John Lausch.

The indictment also charges that members of the Goonie Boss gang have murdered rivals, intimidated witnesses, stole firearms and posted about their crimes on social media. They are accused of ten murders in Chicago between 2014 and 2016.