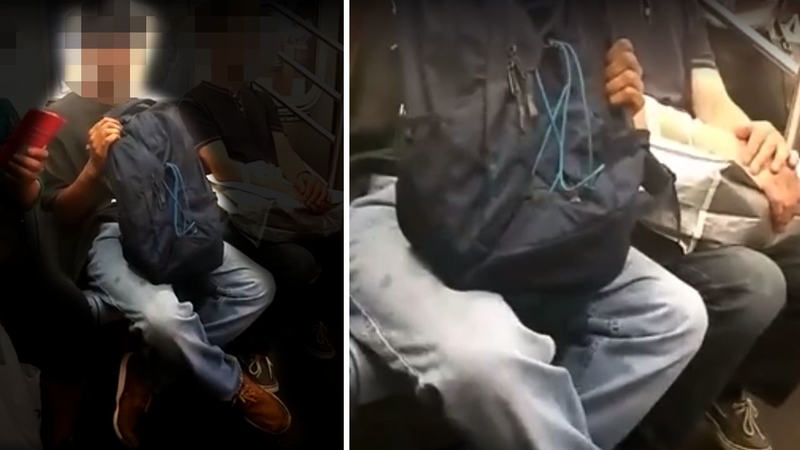 NEW YORK -- Video showing a subway rider's profanity-laced shaming of a man suspected of fondling himself on the train is getting significant attention on social media.

Deanna Carter posted the clip on Facebook Monday, and it's since been seen more than 2 million times.

"Tell me why this dude was rubbing his penis sitting across from me. I went off! I'm so mad right now," Carter wrote.

WARNING: Video contains inappropriate language and may not be suitable for all audiences (we blurred the face of the suspected fondler since no charges have been filed)
EMBED More News Videos

Carter told Eyewitness News that the man was staring at her as she got on the No. 2 train at 14th Street Monday afternoon. He sat across from her on the train. At first she tried to ignore him, but then she heard a young girl ask what that man was doing as he moved his hand under his backpack, and Carter -- a mom and grandmother -- snapped.

Carter's anger grew by the second as she recorded the situation. Her volume increased, and as the train pulled up to the next stop she made it clear she wanted the man off the train.

"I apologize for my language. I know it was very, very, very abrasive," she said. But she said she would do it all again if she were to see someone else acting inappropriately.