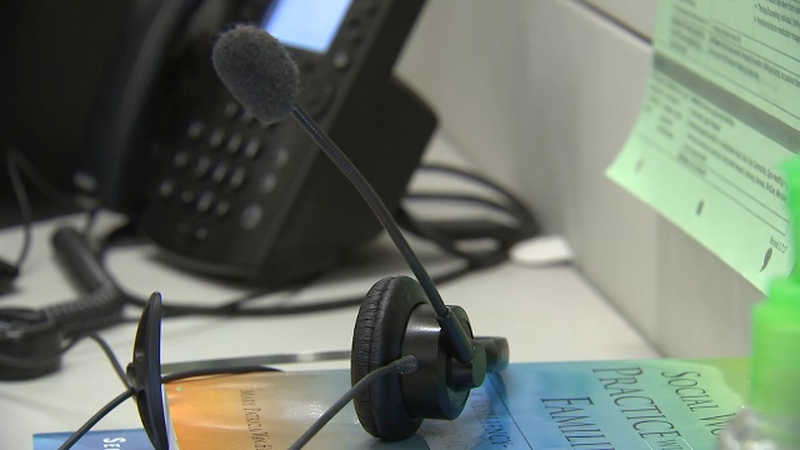 The Federal Communications Commission has voted to establish 988 as the new designated phone number people can call for assistance with suicidal thoughts.

The proposal says calls made to 988 would be directed to the existing National Suicide Prevention Lifeline, a national network of 163 crisis centers that is funded by the Department of Health and Human Services' Substance Abuse and Mental Health Services Administration (SAMHSA).

The FCC will seek comment on all aspects of implementation, including whether a longer or shorter time frame would be needed to make 988 a reality. After the comment period, the FCC chairman will decide whether to make it a final rule.

Final rules need to be voted on by the commission.

The move comes after the National Alliance on Mental Illness Chicago expanded its crisis line hours this year.

"It provides an easy way to connect with those needed resources immediately," said Jen McGowan-Tomke of NAMI Chicago.

McGowan-Tomke said using the three-digit designated number will help people remember where to go when they need services or support.

Every Memorial Day weekend, veterans, their families and friends participate in a 20-mile hike through Chicago.

Chicago veterans chose 20 miles to represent the 20 veterans lost to suicide each day in the U.S.

Hernandez, who currently serves as a captain as the medical operations officer for the 108th MMB, said those three simple numbers could make a real difference.

"Just as easy as people can remember 911, it will help reduce the stigma behind mental health, reaching out and asking for help," she said.

The 988 hotline would not be operational for over a year.