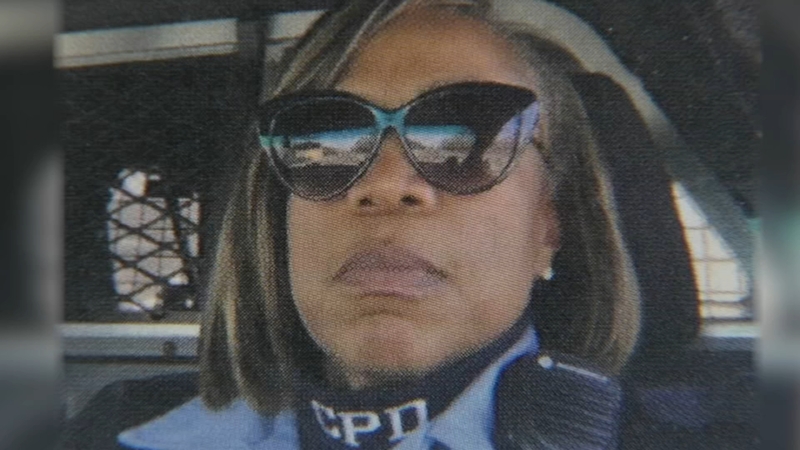 CHICAGO (WLS) -- Most people know the "code of silence" that refers to officers not wanting to report other officers, but there is another silence - a stigma about mental health - that is killing officers on the force.

The family of a CPD officer who recently took her own life broke that silence to talk about suicide prevention.

"Stuff like that just doesn't have to be. It's so avoidable," said Roland Perpignan, Regine Perpignan's brother.

In September, Regine killed herself using her own service weapon. She was a 26-year veteran Chicago police officer.

Perpignan's mother and brother spoke with ABC7 in hopes of helping other officers and their families.

"She went to work," recalled Marcelle Perpignan, mother. "I called and she didn't answer...and I miss her so much."

Her family said Perpignan suffered from depression and that some at the Chicago Police Department knew of her struggles, suicide attempt, and recent hospitalizations.

"The police department should never have put her back on duty that quick," said Roland.

Johnson said he has learned there may have been some at CPD trying to protect Perpignan's job by not saying anything about her struggles, and Perpignan herself didn't ask for any extra help.

"Because I think we missed something, and I'm sorry that we failed," he said.

Johnson said he thinks of Perpignan almost every day. They worked together years ago.

"I'm telling you, she was just a gem to work with," Johnson recalled.

She became the third CPD officer to kill themselves over a period of just a few weeks earlier this year.

"I feel like we failed all these officers," Johnson said.

The superintendent wants to do more. Starting next year, he will assign therapists to each CPD district and unit.

"We have to normalize cops being able to ask for help. We need to take the stigma away," he said.

Johnson said getting help takes courage, and for the first time shared that he got help years ago.

"I reached out late at night one night, and called EAP (Employee Assistance Program) and talked to someone for an hour, so it does work, but you have to make that first step. You have to be willing to put yourself out there like that," he said.

Much of the pain for Roland Perpignan is trying to grasp that his sister felt she had to suffer in silence.

"Depression is a disease, nothing to be ashamed of. It's nothing to hide. It's a disease like blood pressure, diabetes and cancer, and if you don't take care of it, it will kill you," he said.

"Anything I need she did it for me, and I miss her so much," Marcelle said.

Johnson wants all Chicago police officers to know that no one gets fired for getting help.

After Perpignan's death the Supt. Johnson began sending all officers involved in a traumatic event to be evaluated. Previously CPD only sent the officer directly involved in the event.

While those closest to the individual may not know the depth of someone's despair, the superintendent and family of Regina Perpignan hope that individual gets the care they need.

The city is also expanding a mental health helpline in January.