Johnson said a lot of changes have been made this year including more officers, more training and new reforms. But there are a lot more changes to come, too.

"I didn't know we'd be this far along this quickly, but I am very encouraged," said Supt. Eddie Johnson. "This coming January, when the Safe Neighborhoods Reform Act goes into effect, which was another one of our successes this year, repeat gun offenders will begin to feel the full weight of their actions."

Supt. Johnson said the department has hired over 1,100 more officers this year and that those officers are now better trained to handle communications with the public and even have passed courses in cultural sensitivity training. And that, he said, along with other policies, helped result in less crime.

He spoke about the department's progress just before swearing in newly promoted sergeants and lieutenants Friday morning.

"With over 100 less murders and with 700 less shootings than last year, as a result, communities that were once under a cloud of gun violence are beginning to see signs of optimism and hope," Johnson said.

But at FBI headquarters Friday morning, President Trump once again highlighted Chicago during a speech to law enforcement leaders from around the country graduating from a weeks-long FBI program.

The numbers Trump referenced, in fact, were slightly low. According to Chicago Police Department statistics, there were 4,331 shooting victims in Chicago in 2016, which averages out to approximately one shooting every two hours.

Supt. Johnson said, numbers are improving in 2017 and called comments like the president's targeting Chicago unfair.

"With over 100 less murders and with 700 less shootings than last year. As a result, communities that were once under a cloud of gun violence are beginning to see signs of optimism and hope," Johnson said.

Johnson also pointed out that, as of last week, all Chicago police officers in the field have working body cameras, one year ahead of schedule.

President Trump also said in his speech Friday that he thinks anyone convicted of killing a police officer should get the death penalty.
Report a correction or typo
Related topics:
chicagodepartment of justiceeddie johnsonpolice officerpresident donald trumpchicago police department
Copyright © 2021 WLS-TV. All Rights Reserved.
RELATED Trump on violent crime in US: 'What the hell is going on in Chicago?' 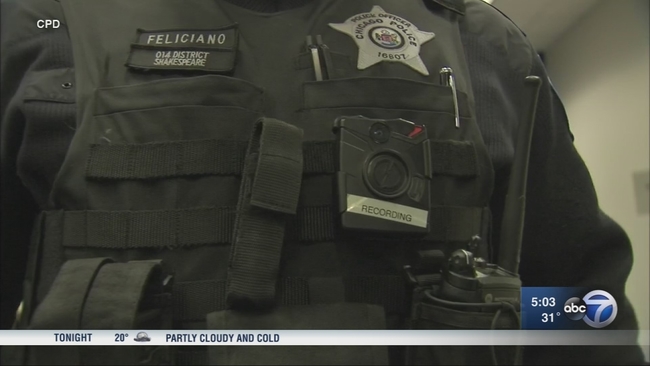