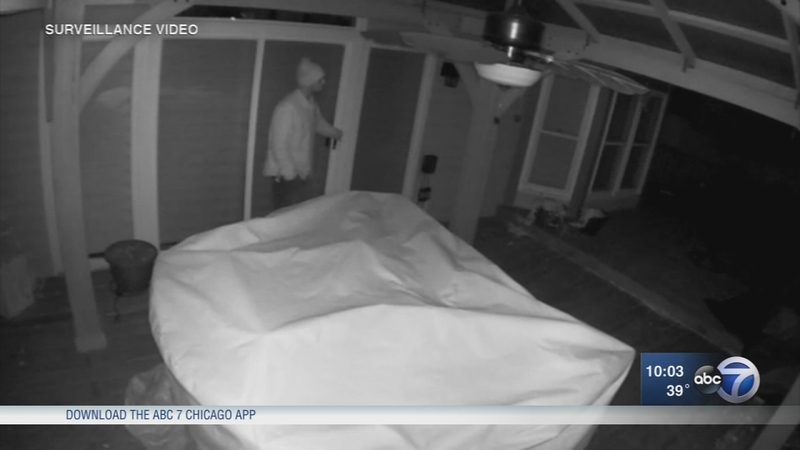 Officers responded Tuesday morning after a reported house burglary in the 800-block of Heritage Drive and another in the 1700-block of Regency Court.

Police said the burglar or burglars entered the home on Heritage Drive through an unlocked window on the first floor and took multiple purses with cash and credit cards inside. A teenage girl happened to be awake and just narrowly missed seeing the intruder.

"My daughter was awake, everyone was in the house and some crazy person comes in to take our things," said the girl's mother.

In the burglary on Regency Court, multiple power tools were taken from a vehicle that was parking in a driveway. The burglar or burglars then entered a side door to the house and stole a purse containing cash and credit cards. There were no signs of forced entry and the homeowners were asleep upstairs at the time, police said.

"When my mom walked downstairs the lock was in the lock position but the door was open," the victim said. "Who knows what could have happened if they went upstairs, or had a weapon."

"He's looking to be as quiet as possible, looking for that easy target, someone who may have forgotten to or didn't lock their doors," said Officer Greg Sill, Mount Prospect Police.

Neighbors of the burglary victims reported to police they had surveillance video of the suspects making unsuccessful attempts to enter their homes around the time of the burglaries.