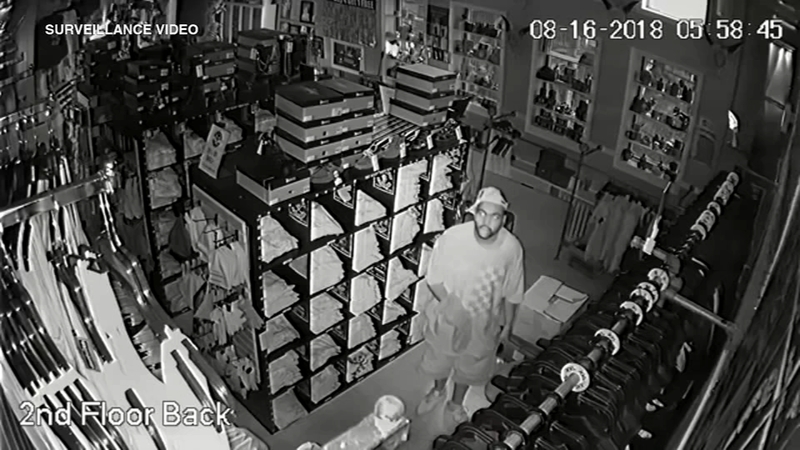 CHICAGO (WLS) -- Surveillance video captured a man who is believed to have broken into at least three businesses in Chicago's Lakeview neighborhood in the last few days.

Just before 6 a.m. Sunday, the man pried open the back door of The Alley store in the 3200-block of North Clark Street and went straight for the cash registers on both the first and second floors, police said.

After that, the man looked at the leather jackets, but they were locked down, said The Alley owner Mark Thomas.

"From the way he shopped, he took the hat and went for the leathers, either he had been a customer or he has come in and case the store," Thomas said.

The Alley has been in open for 40 years and this is the first time there's ever been a burglary.

"He had a cloth in his hand the whole time and every surface he touched he was wiping. I am surprised that he didn't have latex gloves on," Thomas said.

Thomas said the man did about $1,000 worth of damage, which was more than what he took.

Days before, between 4 a.m. Friday and 3:30 p.m. Saturday, someone broke into Roscoe's bar just blocks away on North Halsted.

The person came in through a back door.