Susan B. Anthony's grave decorated with 'I voted' stickers 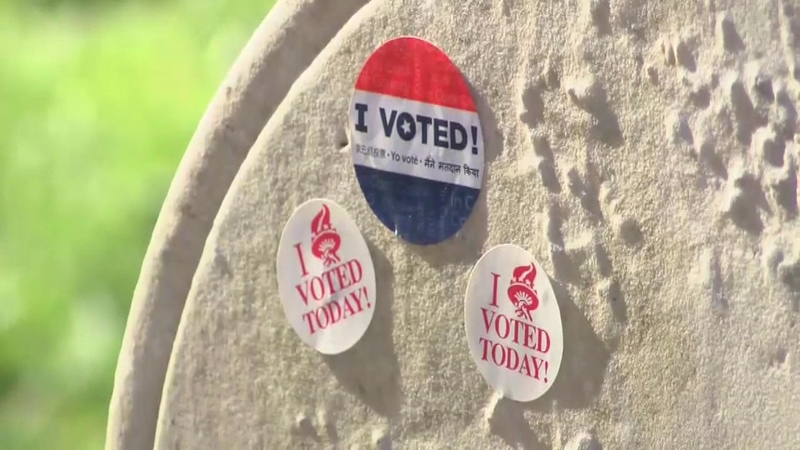 'I voted' stickers placed on Susan B. Anthony's grave

ROCHESTER, NY -- The gravesite of American activist Susan B. Anthony in Rochester, NY, was covered in "I voted" stickers Tuesday morning.

Anthony played a crucial role in the women's suffrage movement, but she died 14 years before women got the right to vote.

As a woman is a major-party nominee for the first time, many women have stopped by to pay tribute, reports WHAM.

Niesdri Wells posed for a picture beside Susan B. Anthony's grave and then the native of Indonesia got emotional explaining what this election means to her.

"It's emotional dream come true," she said. "This is my first vote for a woman in the united states so i am really going to cry when I come here."

"Whatever happens we have to push on into the future and try to be united on the planet," Adam said.

"To come here to Sue B's grave there's a lot of good energy coming off her grave also it's just pretty momentous to be here for election year," Noah said.

The brothers took pictures to remember this day.

"It's kind of cool here in Mount Hope to know that Frederick Douglass is also here and they were friends in the day to witness that and feel history in Rochester is amazing," Adam said.

Ron Andrews said for him, this is personal.

"My grandmothers weren't allowed to vote. It's because of people like Susan B. Anthony the time they reached 21 was about the time the amendment passed to allow them to vote," Andrews said.

The city is extending hours for people to visit Susan B. Anthony's gravesite.