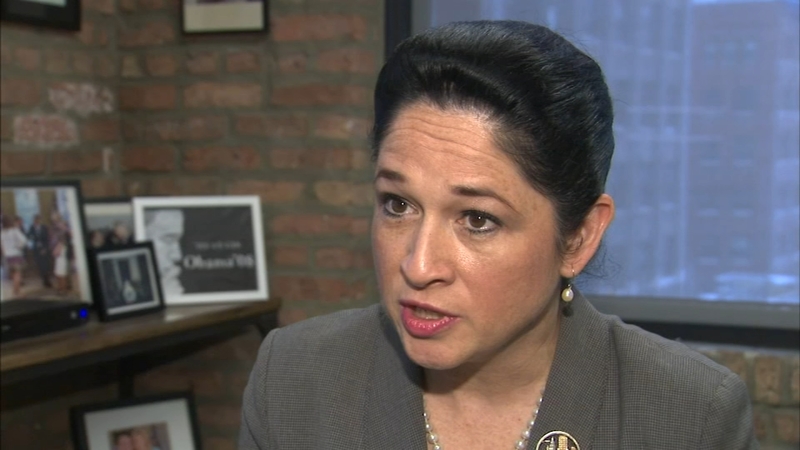 The plan comes after reports about some questionable campaign donations, which she has since re-donated to charity.

As part of her plan, Mendoza is tapping Dan Webb, a former U.S. Attorney, who helped lead the charge in Operation Greylord, the corruption probe that led to indictments of 92 public officials in the 1980s and ushered in reforms.

"I just believe that the more people know about what's happening under their own nose with their own government the better," Mendoza said.

Mendoza said there is a need for new ethics reforms, and would like to resurrect a successful anti-corruption model from the past.

"I am going to be creating an anti-corruption and ethics accountability commission that is modeled after the very successful Solovy Commission that resulted after Operation Greylord many years ago," she said.

Her ethics plan also calls for an end to aldermanic prerogative, term limits and more transparency, including releasing visitor logs of people meeting with the mayor.

"If we want to restore faith and trust in government people should know who their mayor is meeting with and who's potentially seeking to do business with the city and just be open and transparent about that," Mendoza said.

Also on Monday, Cook County Clerk Karen Yarbrough called out Mendoza for her recent statements about being one of the deciding votes in 2010 that abolished the death penalty in Illinois.

The bill was sponsored by Yarbrough when she and Mendoza served in the state Legislature. Yarbrough, a supporter of Toni Preckwinkle, even played some old videos of Mendoza, who at one point, supported expanding the death penalty.

"I really take issue with this business of being the 60th vote, like she carried the day, we all carried the day. We all worked hard to get that bill passed," Yarbrough said.

"I came full circle on an issue that I think was important to come full circle on, and I think it's really shameful that's she's playing dirty politics to support a candidate like Toni Preckwinkle who, again, is for aldermanic prerogative, who's not going to be the person who fights to clean up city government," Mendoza said.

Mendoza went so far as to call Yarbrough a pawn of Preckwinkle -- something Yarbrough scoffed at and denied.