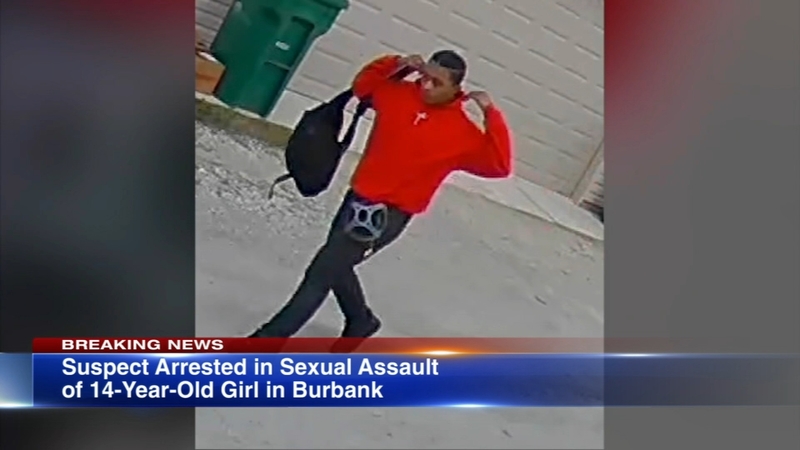 BURBANK, Ill. (WLS) -- Police have a suspect in custody in the sexual assault of a 14-year-old girl who was on her way to school in southwest suburban Burbank Monday.

The suspect fled east on 79th Street toward Central Avenue, where his image was captured on a private home's surveillance camera.

The Burbank Police Department hasn't released the suspect's name or age, since charges haven't yet been filed.

Police said video surveillance played a part in the investigation.

The suspect has been described as black, 17-20 years old, between 5'9"-5'11" and about 150-170 pounds. He was wearing a reddish-orange pull-over sweatshirt, black pants and carrying a black backpack.
Report a correction or typo
Related topics:
burbanksexual assault
Copyright © 2021 WLS-TV. All Rights Reserved.
More Videos
From CNN Newsource affiliates
TOP STORIES