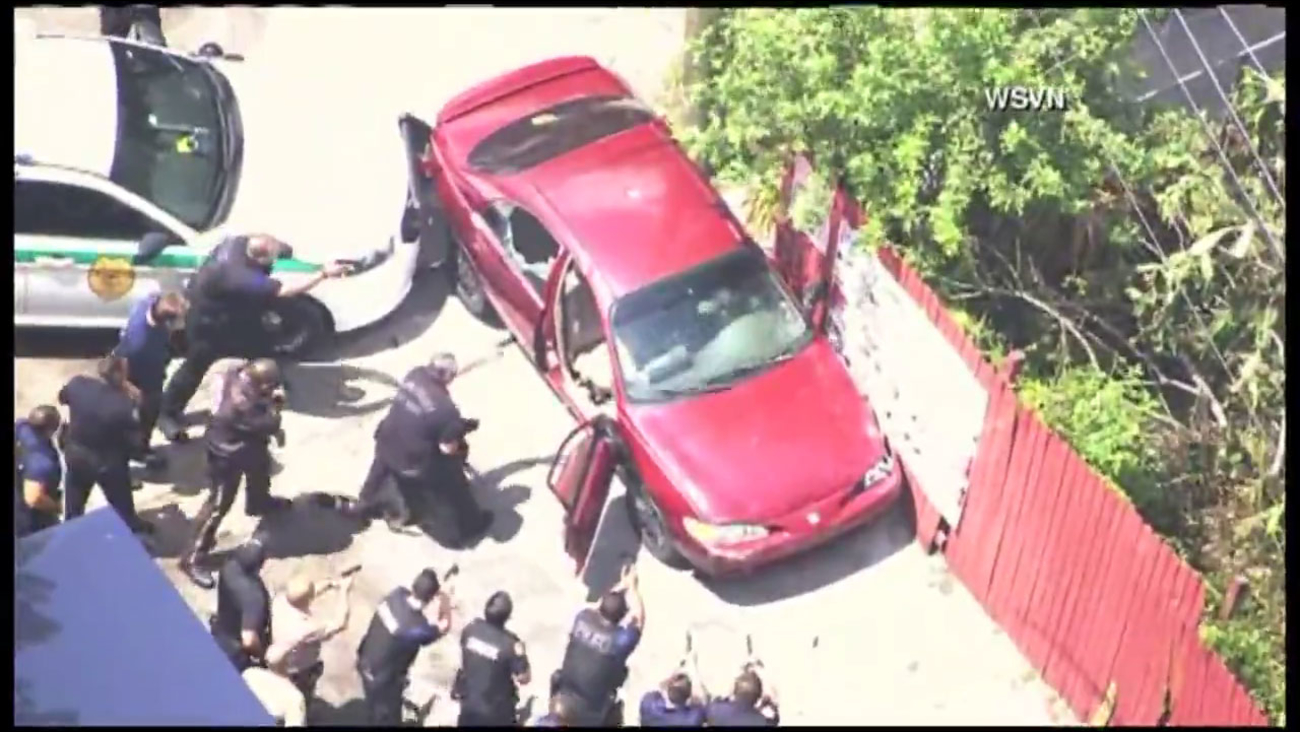 MIAMI (WLS) -- A suspect was Tasered and taken into custody on Friday after a high-speed chase through Miami.

The suspect refused to stop and was cornered when he crashed into a trash bin behind a restaurant.

Police surrounded the car but the suspect jumped back inside, reversing towards officers and their K-9 units.

The suspect was swarmed and pulled to the ground by officers after a second collision.

"They used incredible restraint, because when that subject put that car in reverse, they could've easily shot him and they took into consideration that right behind them was a restaurant with people dining, and those are the split second decisions we need to make as police officers," Miami Fraternal Order of Police President Javier Ortiz said.