Suspect in custody after windows on dozens of cars smashed downtown, sources say

WLS
By Evelyn Holmes
CHICAGO (WLS) -- A suspect is in custody in connection with smashed windows on more than 40 cars downtown this week, sources tell ABC7.

The suspect was taken into custody Thursday near Polk and Wells streets in the South Loop, where at least four cars were damaged, sources said.

The crime comes just hours after 17 cars were damaged at around 12:45 a.m. at the Adams and Wabash Self-Parking Garage, police said. The vandalized cars were on different floors of the 12-floor garage and had rocks and concrete thrown through the back windshields.

"I walked around and sure enough someone threw a brick through the back of my window," said Wynn East, who had his car vandalized.

"My rear window was busted out," said Andrew Klemens, whose luxury convertible was also targeted. "Right next to my child's car seat, there was a piece of concrete sitting there."

Officers found 17 vehicles with their rear windshields shattered at a parking garage in the Loop Wednesday, making it the second such incident in three days, Chicago police said.

Police believe the suspect is also responsible for damaging more than two dozen vehicles parked in garages in the 300-block of South Franklin Street and the 100-block of West Madison Street. Each driver was left with shattered glass and no idea what to do next.

"I called on the intercom in the elevator and no one came," Klemens said.
The vandalism left many on edge, including resident Maricarmen Eudave, whose boyfriend had his car broken into a few months ago.

"When I was walking this way to my car, I was scared that my car was one of the cars that was vandalized, and luckily it wasn't," Eudave said.

Michael Wong, who parks downtown, said, "Of course, if you saw Chicago cops around it would be much better but they have other things they need to take care of."

Chicago police suggest parking in a well-lit part of the garage where you can spot a security camera.

"Not really much that you can do except complain to the people that just sit in the office," said Jason Henniger, who parks downtown.

As police continue their investigation, they said the number of cars actually vandalized could increase to close to 50. Investigators are still working to link the individual to all three locations.

No charges have been filed yet.
Report a correction or typo
Related topics:
chicagoloopsouth loopcarsparkingvandalismchicago police department
Copyright © 2020 WLS-TV. All Rights Reserved.
RELATED 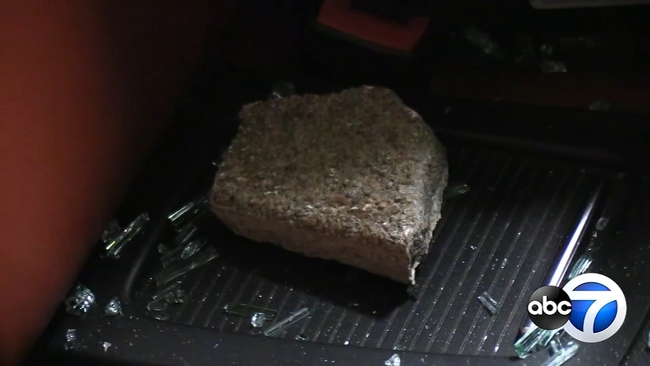