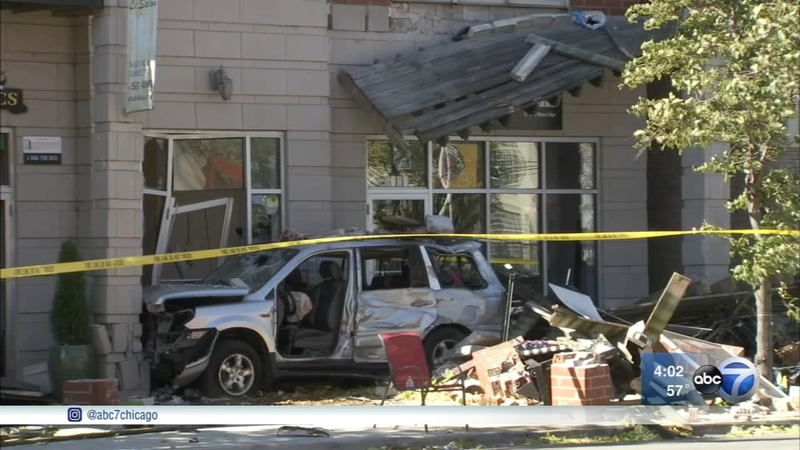 CHICAGO (WLS) -- Two women were injured and three balconies collapsed Tuesday morning after an SUV crashed into a building in Chicago's Edgewater neighborhood.

"When I first looked at the car, I thought the driver could be dead. Thankfully that wasn't the case," said James Gibson, who helped saved the two women inside the SUV.

The crash occurred at about 8 a.m. in the 5600 block of North Broadway Avenue on the city's North Side.

"I immediately saw a vehicle in the building and heard a woman screaming. I focused my attention on that," said Gibson, a CPR instructor at Chicago Heart Training and licensed veteran paramedic whose office was nearby.

The women, who Gibson believed to be in their 30s, managed to get out, but he couldn't free the driver because her door was jammed.

Witnesses said they'd seen the speeding vehicle run into several other cars before crashing into the building.

The two women were hospitalized in serious to critical condition.

Tuesday afternoon, building inspectors were on the scene to ensure that the building was safe. The damaged silver SUV remained surrounded by debris in front of Pop Hair Salon.