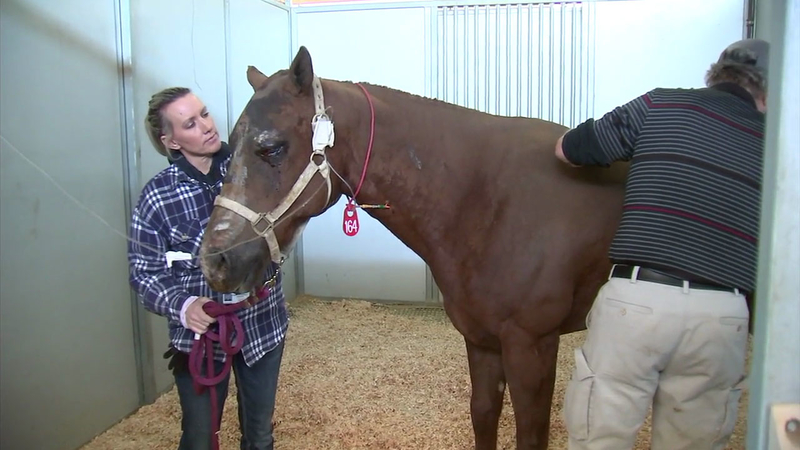 LOS ANGELES -- Nearly 40 horses died after being trapped in a barn that caught fire from embers caused by the Creek Fire at Rancho Padilla in Sylmar.

Two workers who spoke with Eyewitness News said the smell of smoke woke them up around 4 a.m. They ran to the barns and saw the roofs were on fire.

The ranch staff said they wanted to open the barn doors so the horses could escape, but the fire had become too intense. Nearly 40 of those horses burned to death, but about six were rescued.

One of those horses, named Chaparra, suffered the most severe burn injuries and is being treated at Pierce College around the clock.

Chaparra suffered injuries to her eyes, lost most of her hair from burns and is severely traumatized. Two of the other horses that were rescued were so heated they suffered internal injuries.

Veterinary staff are trying to get Chaparra to eat, but it's been difficult because her mouth is so swollen.