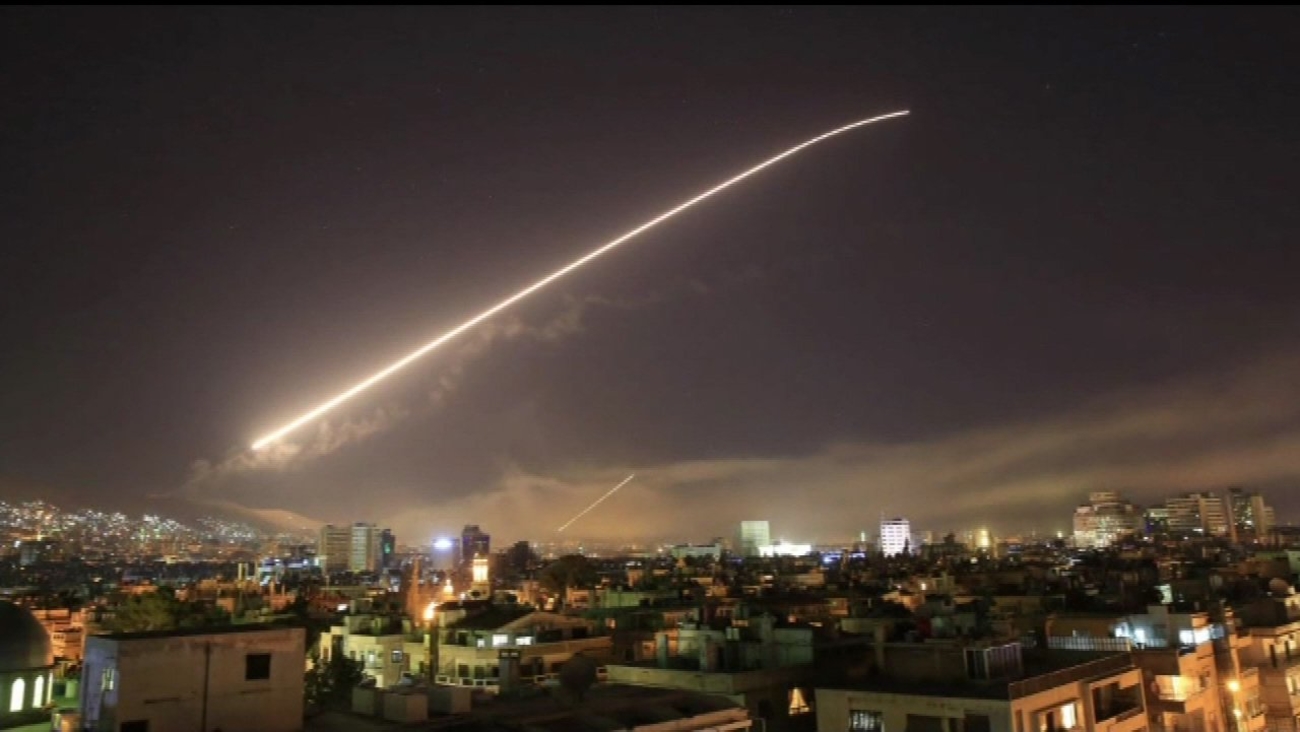 The United States, France and Britain launched military strikes in Syria on April 13, 2018.

Multiple top administration officials were on a briefing call from the White House with news agencies including the ABC7 I-Team. The Saturday afternoon phone session was billed only as a call to discuss "a National Security issue."

The Russian government's response to Syria's continuing use of chemical weapons is "extremely disconcerting," according to one of the White House officials. Pointing a finger at Russia for its role in Syrian chemical attacks has been among the key talking points in recent days by President Trump's diplomatic and national security team. That tactic continued post-attack.

On the Saturday call with some reporters, White House security and diplomatic officials also defended President Trump's use of a politically supercharged term: "Mission Accomplished" on Saturday morning when referring to the missile strike. The attack a few hours earlier was, one of them said, "militarily successful." Another said that more than 100 allied missiles "took out" what had been intended targets.

They now also say evidence shows both chlorine and the nerve agent Sarin have been identified in recent Syrian chemical attacks on civilians, including women and children, that preceded the missile strikes by the U.S., Britain and France. "We could hold back no more," said one White House official.