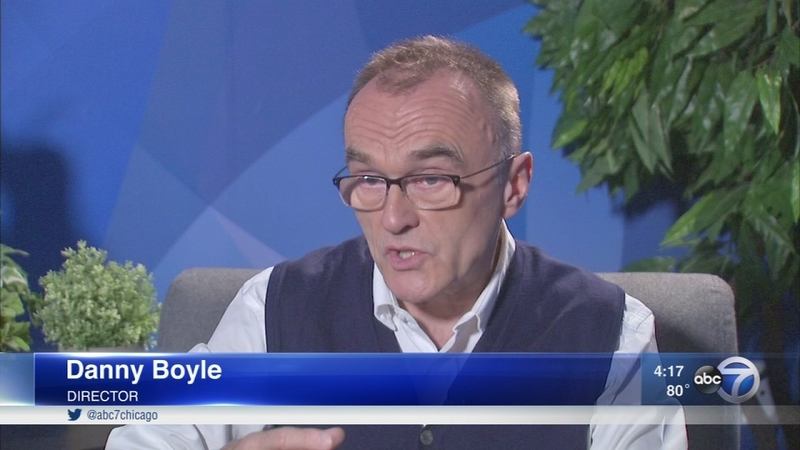 Oscar-winning director Danny Boyle is back with "T2 Trainspotting." It's the sequel to the wildly popular movie that exploded on screens over two decades ago.

Janet Davies talks to the filmmaker about connecting with his unforgettable characters again.

Ewan McGregor's character, Mark, is coming back home after 20 years. His misfit pals in Scotland are battered from self-destruction, addictions, prison and tragedy. But they're ready for his return, though it may be more intense and soul scathing than he'd counted on.

"They've got to come to terms with what they've done and what hasn't happened and what has happened and make peace with themselves as a bunch of people and most noticeably with the women around them, and the families around them, they haven't paid enough attention to," said director Danny Boyle.

Director Danny Boyle and the cast created a film that earned a cult following and critical acclaim in 1996. It's taken this long to catch up with these characters and their complicated lives.

"That film has the kind of vibrancy and energy of a careless, reckless youth really, which is obviously part of its appeal," said Boyle. "How do we negotiate the rapids of people's potential disappointment, because they love the original and if you go back to it, it better be good or they're going to kill you and rightly so! I couldn't think of a bigger challenge than to somehow try and see if you could make a film that could stand beside that first one and the affection people have for the first one."

Obviously this leaves the door open for a third one. I know you hear that a lot!

"You have to be careful what you wish for, this is how we got into this in the first place, we started flirting with journalists about is there going to be another one, yeah, maybe and you end up doing one," said Boyle.
Related topics:
arts & entertainmentmoviesmovie sequels
Copyright © 2022 WLS-TV. All Rights Reserved.
TOP STORIES
Security guard shoots man in buttocks at Millennium Park
Chicago mass shooting victim ID'd as father of 2, with twins on way
9 shot, 2 fatally, on Near North Side
Postal police say they are sidelined during time of heightened crime
New hotline aims to help those struggling with opioid, substance abuse
Officer relieved of powers after teen carjacking suspect shot: CPD
Chicago Weather: Occasional showers, thunder Saturday
Show More
United cancels couple's flight, charges $4K more for same seats
Teen charged with killing man after kicking him in head in CTA attack
Great Lakes Piping Plover chick Imani spotted in Minnesota
Doja Cat drops out of Lollapalooza due to throat trouble
Legendary Cubs pitcher 'Fergie' Jenkins immortalized with statue
More TOP STORIES News