CHICAGO (WLS) -- A first-of-its-kind Taco Bell will have its grand opening in Chicago's Wicker Park neighborhood on Tuesday.

Taco Bell Cantina is located in the 1400-block of North Milwaukee Avenue.

It will be the first Taco Bell restaurant in the U.S. to sell alcohol. Wine and beer will cost $4 each and sangria will go for $4.50. "Twisted Freezes," which are frozen drinks with rum, tequila or vodka mixed in, are priced between $6.19 and $7.19.

The restaurant will have an open kitchen design and a mural by a local artist. A similar location is scheduled to open in San Francisco.

Taco Bell said the new restaurant concept reflects the "millennial trend of seeking more urban environments." Right now, it says the vast majority of its nearly 6,000 U.S. locations are in suburban areas, with less than 1 percent in urban neighborhoods.

But the chain said it planned to add 2,000 locations in the U.S. over 10 years. Meredith Sandland, Taco Bell's chief development officer, said "several hundred" of them will have the design catered to city streets, with a portion of those likely serving alcohol. 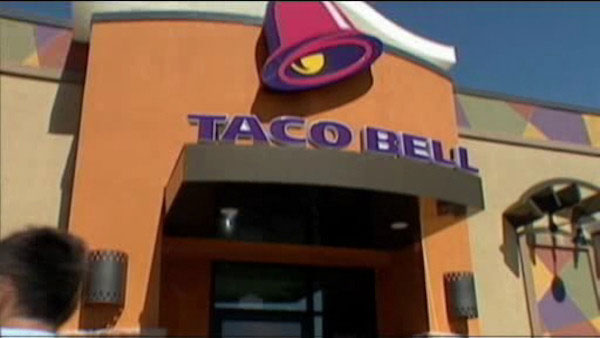 Taco Bell coming to Wicker Park could be 1st in US to serve alcohol, reports say