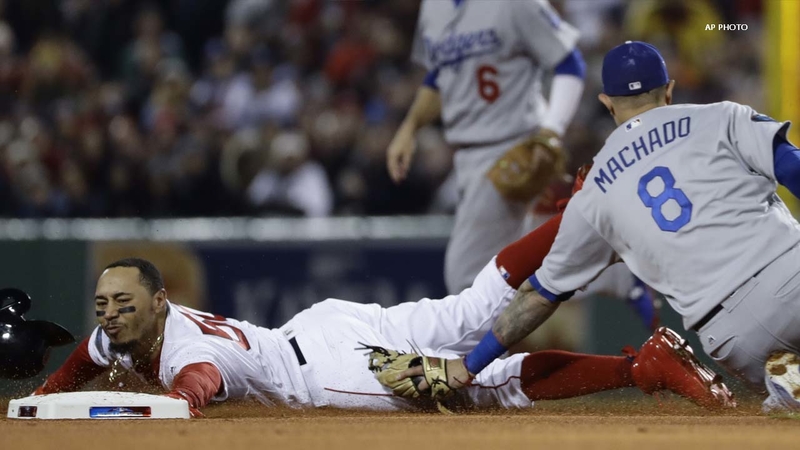 Free taco because of Mookie Betts

It's time for everyone to cash in on a free Doritos Locos Taco.

We know the Boston Red Sox were ultimately crowned the World Series champions, but leading up to that, they took game 1 of the Fall Classic over the Los Angeles Dodgers.

During that game, Red Sox outfielder Mookie Betts stole second base, which means everyone gets a free taco from Taco Bell today.

To claim yours, stop by any Taco Bell location from 2-6 p.m. or all day online.

In Game 1 of the World Series®, @mookiebetts stole a base and stole free Doritos® Locos Tacos for all of America. Stop by any Taco Bell on November 1st from 2-6pm or all day online to steal yours. See terms: https://t.co/8lt74Cv90e

The deal is part of the restaurant's "Steal A Base, Steal A Taco" campaign during the World Series.

Houston Astros fans may remember the promotion from last year when the team's reserve outfielder, Cameron Maybin, stole second base in the 11th inning of game 2 in the World Series.