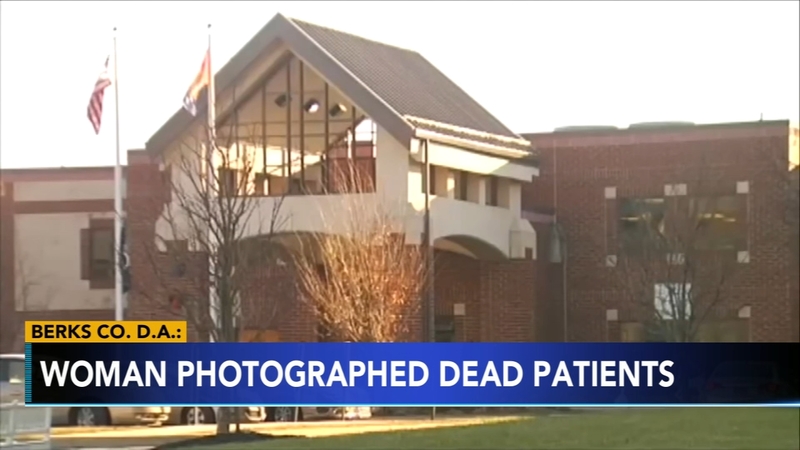 BERN TWP., Pennsylvania -- Police in Bern Township, Pennsylvania are accusing a former nursing home employee of taking photographs of residents once they died, and then sharing them with friends and co-workers.

Investigators said Stephanie Thomas, 28, of Muhlenberg Township told police the reason she did it was because her ex-boyfriend "liked that kind of thing."

Thomas apparently liked it too, according to witnesses.

Thomas, who was a certified nursing assistant, said she took the photos between April and July of this year, according to police.

The patients were between the ages of 84 to 92, police said.
"Frankly, I think it caused a lot of embarrassment and emotional issues with some of the family members," Adams said.

One of the photographs showed a patient face down on the bed, with a bloody discharge coming from the person's facial area, according to court documents.

"The mere act of taking the photos was in of itself inappropriate," Adams said.

Investigators said Thomas sent the pictures to several co-workers and told one of them, "It looked cool."

Other witnesses said she was "into death," had "an obsession with death," and liked "dead things."


Thomas was only busted after an anonymous source tipped off police, who later requested a warrant and discovered the photos in Thomas' phone.

Thomas faces abuse of a corpse charges which are second degree misdemeanors.