Student out $700 after scammer uses 'movie money' for iPhone 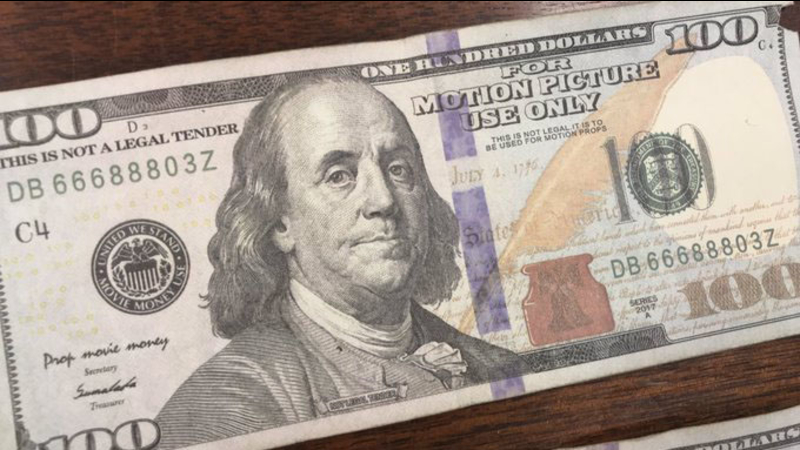 She's out an iPhone after being duped with 'movie money'

HOUSTON, Texas -- A college student was duped with "movie money" and scammed out of hundreds of dollars.

Tamera Malone thought she was taking every precaution when she sold her iPhone on the Letgo app, but she still learned a hard lesson.

"I was very mad at myself," Malone said. "I should have paid more attention to detail."

"She was the only one who wanted to meet me in person and give me cash," Malone said.

The two met at a Starbucks on Bellaire and Stella Link. The buyer, described as a woman in her 20s, handed Malone a bank envelope with what appeared to be cash inside. The new iPhone owner was gone before Malone could take a closer look at the cash.

"If you look closely, it says 'Motion Picture Use Only' and 'In Copy We Trust,'" explained Det. Shane McCoy of the City of Southside Place Police Department.

At 10-police have a warning about a fake cash suspect who could be looking to trick more people this holiday season. Hear from a college student who was duped with this “movie money.” #abc13 pic.twitter.com/1MBwYI4wk0

Three months ago, McCoy says someone else turned in a stack of prop money. He doesn't know if the bills are connected, but he is concerned the fake cash suspect could be looking to trick more people this holiday season.

"Do your homework when you're selling. Try to get an idea of who you're talking to," he offered. "See if they've bought things before that you can document. Meet in a place with cameras."

Many police departments have designated areas for buyers and sellers. McCoy says sellers should examine any cash before turning over an item.

Malone also recommends getting the buyer's contact information and even a picture. She could use $700 in real cash right now.