The senator from Illinois will be part of the team that takes the party through the 2022 midterm elections.

Harrison is expected to be elected without any significant opposition when the Democratic National Committee convenes next Thursday in a virtual session, a day after Biden is inaugurated.

"This group of individuals represent the very best of the Democratic Party," Biden said in a release. "I know they will get the job done."

The 44-year-old Harrison comes to the top job with strong support from state party chairs around the country and from House Democratic Whip Jim Clyburn, a close Biden ally and the highest-ranking Black member of Congress. On Thursday, Clyburn said his protégé, who has referred to the congressman as his "political dad," has life and experience that "have uniquely prepared him for this moment and this mission."

Harrison is also Black, giving Biden a boost in his pledge to assemble a racially and ethnically diverse Cabinet and leadership team.

"Everyone cleared the field for Jaime," said Texas Democratic Chairman Gilberto Hinojosa. "Everybody was supportive of this. The state parties really felt it was important to get somebody like Jaime because of the importance of ensuring the national committee keeps strengthening state parties."

Harrison served previously as South Carolina Democratic Party chairman. He ran for DNC chair in 2017 when Tom Perez was elected to become the party's first Latino chairman. A Yale University and Georgetown Law Graduate who tells often of growing up in poverty in South Carolina, Harrison first rose to prominence in working on Capitol Hill in Clyburn's whip office.

Harrison challenged Graham in 2020, drawing record sums of campaign contributions from across the country. But Graham, a close ally of President Donald Trump, ultimately won by nearly 10 percentage points, a margin fueled by a strong turnout among the president's base.

On Thursday, Graham tweeted congratulations to his former rival, saying of Harrison he was "confident he will do a good job representing the Democratic cause" and calling him "a formidable opponent."

Trav Robertson, who succeeded Harrison as chairman of South Carolina's Democrats, told The Associated Press on Thursday that Harrison could be a national chairman "who understands the trials and tribulations of state parties, especially in the South, and in other regions of our country that might get overlooked."

In November, announcing the launch of a PAC to boost Democrats across the country, Harrison told AP that his resumé uniquely qualified him to lead the national party officially, noting state and national-level party experience, work on Capitol Hill and as a candidate, and existing relationships with both Biden and Vice President-elect Kamala Harris.

"I don't think there are very many folks that you could find who have probably done all of those things and can step up into the DNC wearing those many hats, and understand the route that we need to take to rebuild our party," Harrison told the AP. "If the president-elect asked me, I would be happy to serve, to build back, better." 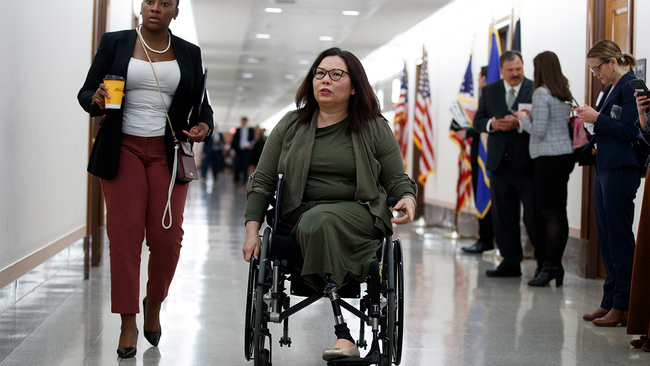 Duckworth hits back at Trump and Carlson: 'These titanium legs don't buckle' 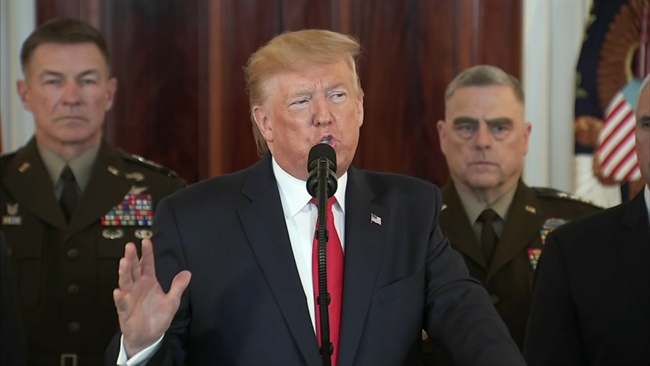