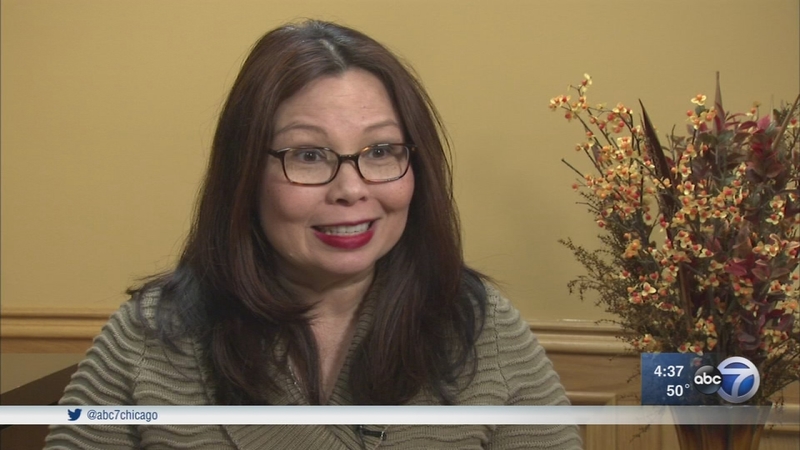 CHICAGO (WLS) -- Senator Tammy Duckworth opened up about her pregnancy struggles as she prepares to give birth to her second child this spring.

Duckworth's second child, another girl, is due in April. She said her journey to motherhood has not been an easy one.

"The lesson from my situation is a struggle with my fertility. In my, the early part of my career, which was also for most women in your 20s and early 30s, your prime fertility years were also my career-building years," she said.

Duckworth, 49, spoke Friday at the Chicago Military Academy. She said that as a young army officer, she did not feel she could take the time to raise children and still rise through the ranks. Then she got deployed to Iraq, was wounded, and by the time she was ready to start a family she was 40.

She will become the first sitting Senator to give birth while in office, although nine members of the House have already done so, but she downplayed that Friday.

"If we had more women serving I think this would not be so pioneering," Duckworth said.

Her pregnancy provides a platform to push for universal paid family leave, in part because she herself is not sure what she's entitled to.

"Well, I'll take whatever I need, but the problem is as the first sitting female senator to give birth in office, there are no policies in the Senate. So I'm actually trying to figure out what they're going to be," she said.

But as she looks ahead to after Abigail's little sister is born, Duckworth is very clear about her Senate career plans.

Duckworth said she plans to have her baby in Washington, D.C., not here in Chicago, so she can be close to the capitol. She wants to be available for any Senate votes on important items that may come up this spring or summer.
Report a correction or typo
Related topics:
politicssenatepregnancytammy duckworth
Copyright © 2022 WLS-TV. All Rights Reserved.
TOP STORIES
Girl, 16, among 5 shot and seriously wounded after fight on West Side
Body of missing UIC student ID'd weeks after girlfriend found dead
15 injured, 1 seriously in boat explosion during refueling: police
Armed man shot by police outside casino, critically hurt: authorities
2 dead, 1 ID'd after opening fire on each other in South Side shootout
21 shot, 4 fatally, in Memorial Day weekend shooting, police say
Man stabbed multiple times in downtown hotel; 1 in custody, police say
Show More
Texas gunman threatened rapes, shootings on Yubo app, users say
Flight cancellations kick off Memorial Day weekend
Cause of death for boy found dead in suitcase revealed, police say
Arlene Alvarez family brings comfort to Uvalde children
Mother accused of killing daughter over 'taking her dad's side': cops
More TOP STORIES News