Road rage shooting suspect: I'll 'come back for you and your daughter' 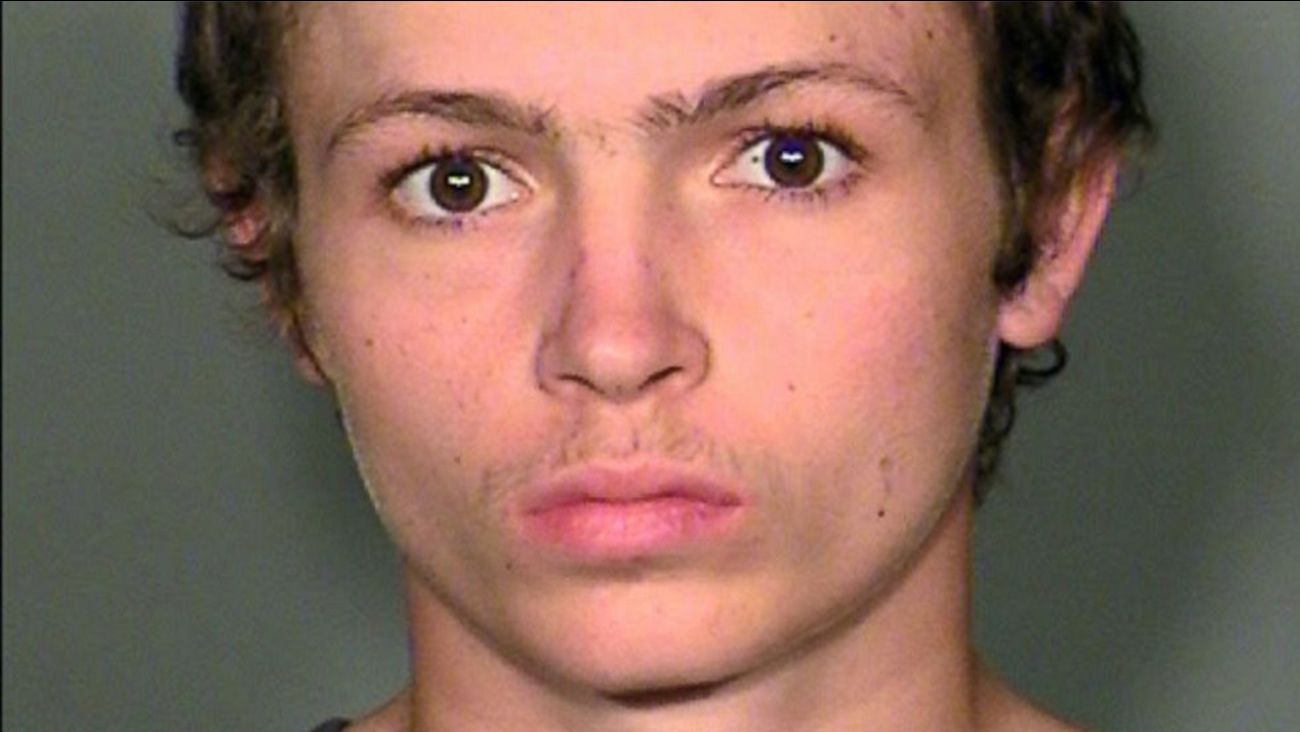 Eric Nowsch Jr. allegedly said "I'm gonna come back for you and your daughter" to Tammy Meyers, the woman he allegedly shot and killed in a road rage incident. (Las Vegas Police Department)

Tammy Meyers was killed by gun shot in a road rage incident after she and her son were followed by a car to their Las Vegashome. Now, Meyers' daughter told police that the alleged suspect said "I'm gonna come back for you and your daughter," according to a warrant issued today.

After arriving at their Las Vegas home, Meyers' son Brandon, 22, "told his mother to come in the house and call the police; but she told him no, come with me or I will go by myself," police told ABC News.

Authorities say that Meyers and her son searched for the other driver when the suspect allegedly followed them home and shot Myers in her driveway, according to police. No words were exchanged between the suspect and Brandon Myers, police say.

Erich Nowsch Jr., 19, was first questioned on Tuesday, five days after the shooting took place. Although Nowsch didn't match the physical description of the suspect, his alibi didn't check out either, according to police.

A friend of Nowsch says that the suspect admitted to involvement in a shooting. Nowsch stated he thought that the people in Meyers' car were looking for him and had a gun, which prompted him to shoot, police said.