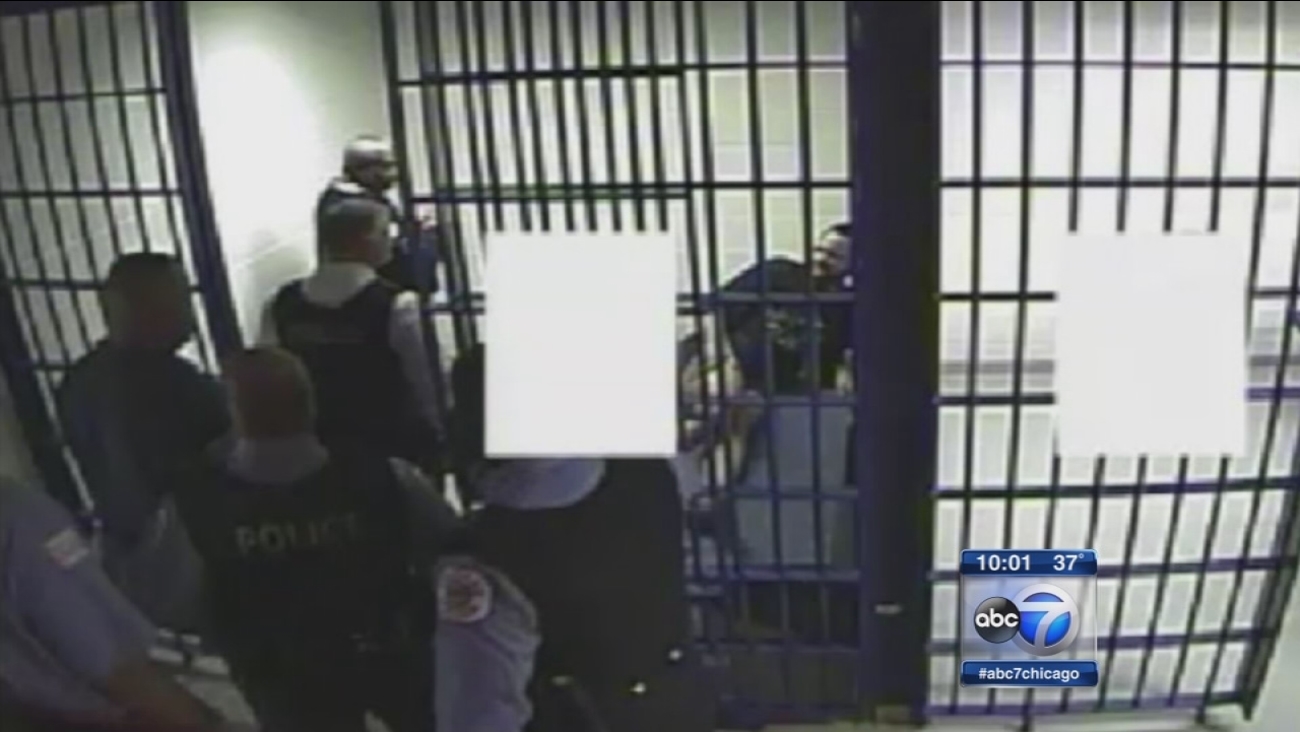 The Chicago Police Department released video showing officers using a stun gun on the man inside his jail cell, then dragging him down a hallway. (WLS)

CHICAGO (WLS) -- The Chicago Police Department released video showing officers using a stun gun on the man inside his jail cell, then dragging him down a hallway. He later died.

ABC7 first reported on this case nearly three years ago. The video has been released Monday amidst new promises of transparency from City Hall.

There's no doubt about whether officers should've arrested Philip Coleman, but police concede officers went too far once he was in custody.

More than a half a dozen officers are seen entering the cell where Coleman was being held. The box on the screen is for privacy around a toilet.

Coleman is lying down when officers hit him with several charges from a Taser. Moments later comes the part that police brass concede shouldn't have happened: Coleman's limp body is dragged down the corridor, with officers pulling him by the wrists.

On Monday night, Mayor Emanuel released a statement saying: "I do not see how the manner in which Mr. Coleman was physically treated could possibly be acceptable."

Coleman, who graduated from the University of Chicago, was arrested in December 2012 after he inexplicably attacked his mother in their home. Police say he spit blood on officers when they arrived.

"It was just a lot of frustration going on. He was in the car. He was pounding on the paddy wagon door," witness Steven Cole said, in December 2012.

Police took Coleman to Roseland Hospital where doctors gave him a sedative. An autopsy determined he died from an allergic reaction to that drug and not the use of force by police.

Nonetheless, their treatment of Coleman while in custody is now being investigated. And two years later - for the first time - police admit this incident should've been handled differently especially considering officers may have been dealing with someone with mental health issues.

The mayor says he doesn't consider the case closed - a sign of a crackdown on police conduct.