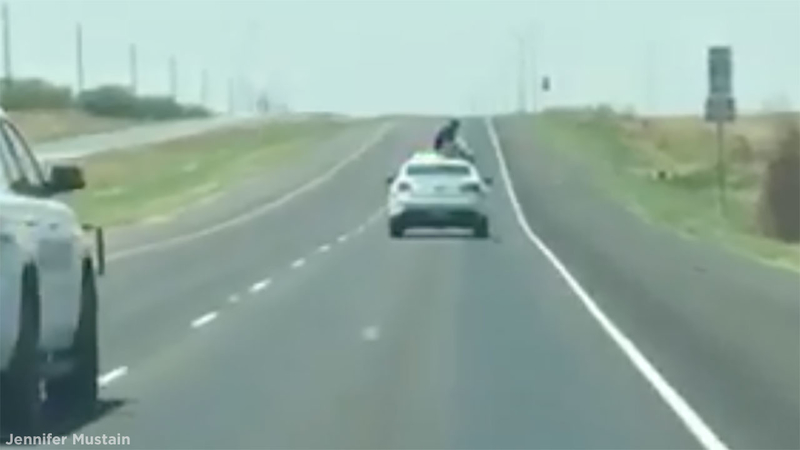 Prisoner climbs on top of patrol car driving down the highway

ABILENE, Texas -- A Texas inmate wriggled out of his handcuffs, broke the window of a patrol car and climbed onto the roof of the vehicle as it drove down the highway, according to local authorities.

The frightening scene unfolded along Highway 277 in rural Archer County as a deputy with the Taylor County Sheriff's Office was taking Martin Estrada, 31, from a mental health facility in Wichita Falls to Ailene, about two hours away.

According to officials, Estrada demanded that the deputy stop the car, but the deputy continued driving and called for backup. The deputy pulled over when Wichita County deputies arrived, at which point Estrada allegedly tried to flee on foot and had to be subdued with a stun gun.

Estrada, who was then taken back to Abilene without incident, was wanted in Taylor County for insufficient bond on a variety of charges including evading arrest, aggravated robbery and meth possession. He was discharged from the Wichita Falls mental facility for safety reasons after allegedly assaulting another patient, and authorities said it took multiple people to secure him in handcuffs and leg irons before leaving the facility.