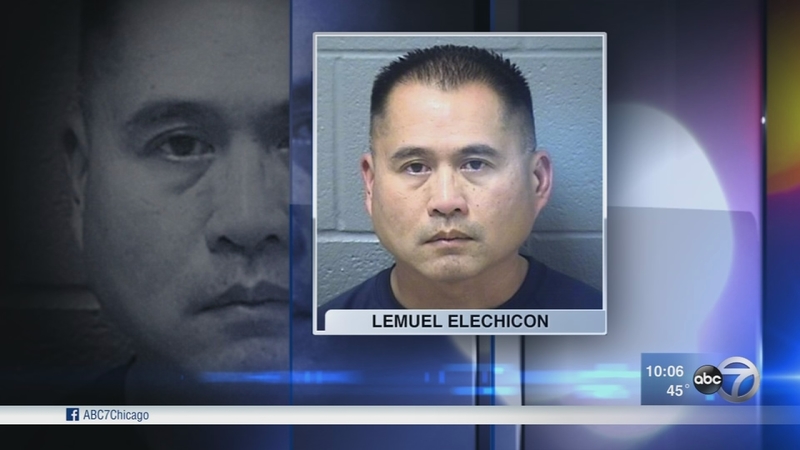 SHOREWOOD, Ill. -- A teacher at Trinity Christian School in southwest suburban Shorewood is now facing felony charges after being accused of grooming an underage girl.

According to the school's website, 51-year-old Lemuel Elechicon of Crest Hill, Ill., teaches middle school science and biblical creationism, and has taught at the school since 2004. A school official said he was placed on administrative leave as soon as they were notified of the charges, and will remain on leave until the investigation is completed.

Police said Elechicon sent inappropriate text messages to a 13-year-old girl, and tried to establish a physical relationship with her. Authorities did not say if the girl is a student at Trinity Christian School.

Administrators held an emergency meeting Monday night about the situation. Elechicon has been released on bond until his next court date.

Administrators said they were notified of Elechicon's arrest Friday, the same day he was taken into custody. Police said they were contacted by the child's parents after learning about the text messages from the parents of one of their daughters' friends.

One woman who attends church at the school on Sundays said she's left with many questions in the wake of this arrest.

"I don't understand why we weren't informed when this happened on Friday. Maybe something should have been said during service on Sunday that this happened because I didn't know about this. I'm just kind of concerned about my community and all the people that are involved," said Cynthia Nila, church member.

The alleged text messages reportedly date as far back as January.

According to his profile on a teacher website, Elechicon said he's been active in church youth groups and said he currently attends Ridgewood Baptist Church in Joliet.