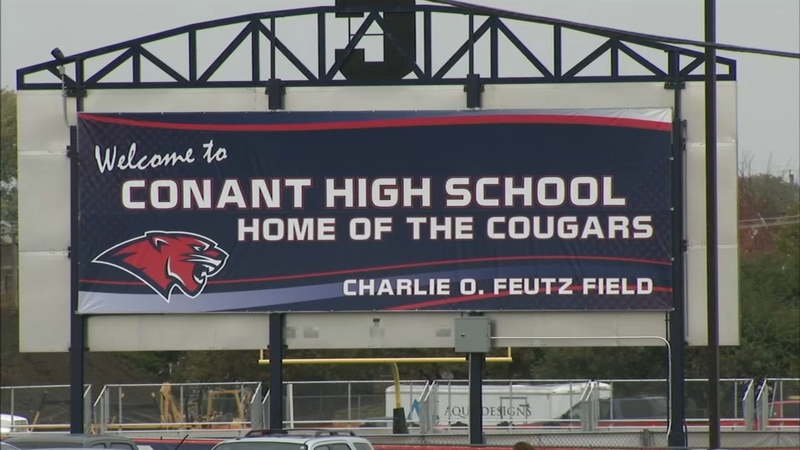 HOFFMAN ESTATES, Ill. (WLS) -- A teacher at a Hoffman Estates high school has resigned from her job amid allegations she had an inappropriate relationship with a student. The accusations date back to the 1990s.

The female teacher at Hoffman Estates Conant High School resigned after being accused of having an inappropriate relationship with a student several years ago.

"It just popped out of nowhere, honestly, not something anyone would have known. An email went out to parents from the principal to let everyone know," said Joaquin Mendez, student.

Students who know the teacher said she had a good reputation and they never suspected she would do anything inappropriate with students.

"I was shocked because this is a great school, great environment," Mendez said.

In a written statement, school officials said, "We take any claim seriously and we immediately began an investigation with the assistance of multiple administrators."

The school district said based on the allegation, any concerning behavior by the teacher is confined to a period between 1997 and 2002.

The investigation was handed over to the Hoffman Estates Police Department.

"I would say if anybody has any information on this they should contact our investigations unit, they are looking at any info that anybody has due to the delayed time period," said Sgt. Mark Mueller.

Police said the allegation against the teacher so far involves one student, but there could be more. Either way, police need more information, especially dealing with a time period years ago.