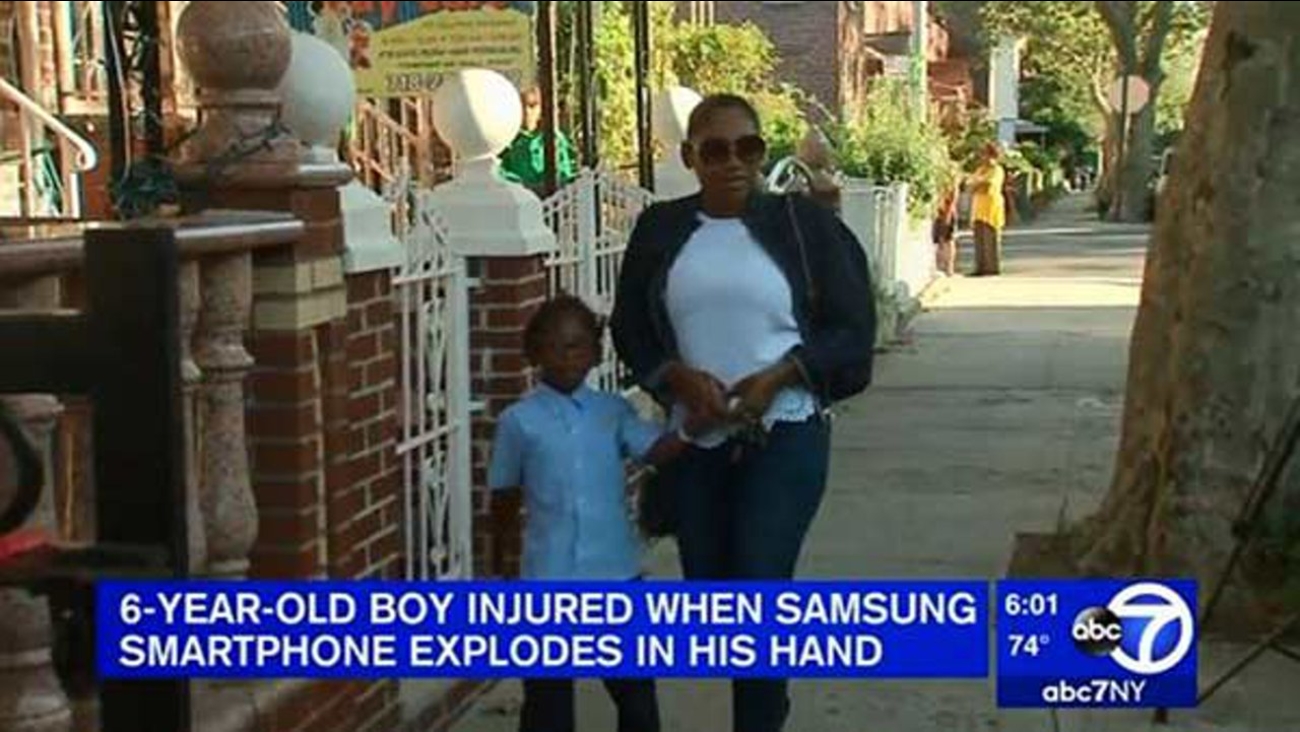 NEW YORK -- Samsung is urging consumers worldwide to stop using Galaxy Note 7 smartphones immediately and exchange them as soon as possible, as more reports of the phones catching fire emerged even after the company's global recall -- including an incident in which a Brooklyn boy was apparently burned over the weekend.

The urgent new message from the electronics maker was to turn off the phone immediately to avoid the potential danger.

"The last thing I would have thought, a new device could burn down my car," former Galaxy Note 7 owner Nathan Dornacher said.

Sandra Bookman has the details from East Flatbush.

The device's lithium ion batteries can explode or ignite, sparking as many as 35 reported fires.

The Illinois woman said her Note 7 exploded on her night stand, spraying parts of her melted phone on her bed and even on her dog.

"I call it exploding, because this did shoot pieces of whatever was inside the phone out," she said.

Over the weekend, a 6-year-old boy in Brooklyn was rushed to the hospital with second-degree burns after his family said one of the recalled devices allegedly exploded in his hands. Police said he was watching a video on his grandmother's phone.

Samsung is working with the boy's family.

And the faulty batteries are now triggering a new pre-flight warning across the country, coming straight from the FAA, that Note 7 phones are not to be charged or powered on during flights.

"If one phone gets trapped in a seat, gets crushed, and now the whole seat is on fire," Col. Stephen Ganyard said. "And what you may or may not have is the ability to fight that fire."

Consumers can visit Samsung's service centers to receive rental phones for temporary use.

Select carrier and retail outlets will also provide customers, who prefer a replacement Note7, with a Samsung loaner phone to use until new Note7s are available.

Additionally, participants in the US exchange program will receive a $25 gift card or bill credit from select carrier or retail outlets.