Musk also showed off the autonomous cars that will transport commuters through the test tunnel, which stretches about 2 miles under the city where Musk's SpaceX is headquartered. He unveiled elevators that he says will lower user's own cars from the street to the tunnel.

In a grand entrance, Musk came out of the mile-long tunnel in a Tesla Model X.

"What I think this really amounts to is an actual solution to the soul-crushing burden of traffic," he said. "Why tunnels? Some people say, what about flying cars and all those other things and what about mass transit - I want to be clear, we're not opposed to mass transit - we think mass transit is fine. Let's try every solution possible, but the thing about tunnels is that you can go 3-D underground."

Elevators will take drivers underground and back again, but much will still have to be done before any member of the public can even test it out.

Musk said tunneling is slow and expensive, but the company is experimenting to create innovative technology underground to speed commute times above ground.

He also said some of the dirt that's being dug up will be reused to reinforce the tunnels, but the company created an innovative brick-laying machine that will pump out bricks at a low cost. He hopes it can also be used for affordable housing.

The event came almost exactly two years after Musk tweeted that "traffic is driving me nuts," adding that he intended to "build a tunnel boring machine and just start digging."

Traffic is driving me nuts. Am going to build a tunnel boring machine and just start digging...

Some critics were skeptical. Musk responded: "I am actually going to do this."

Elon Musk posted a video Friday night of a new Boring Company tunnel breaking through into a large excavation pit.

He subsequently founded The Boring Company. Since then he has posted photos and videos on social media that showed crews making progress on the tunnel. The one that was unveiled Tuesday is being used by Musk and the company to conduct research and development for a larger system in Los Angeles and elsewhere.
One proposed project, dubbed the Dugout Loop, would whisk baseball fans to Dodger Stadium from one of three Metro subway stations. 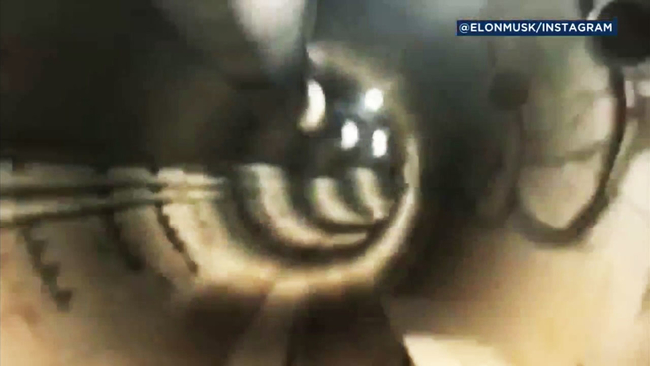 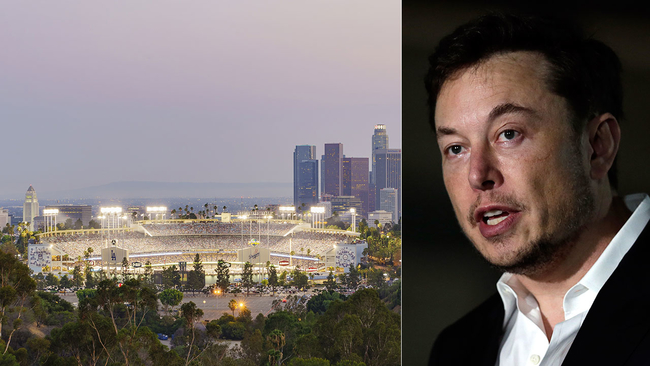 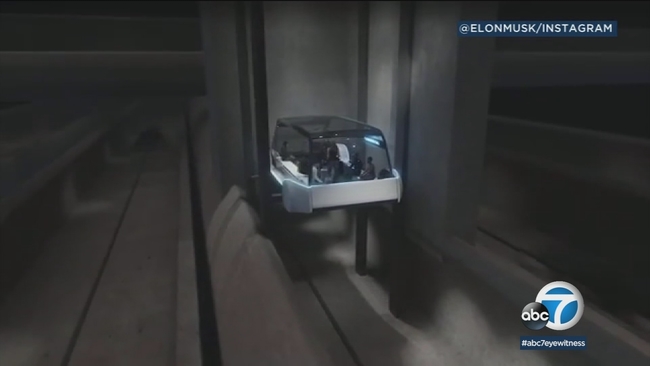 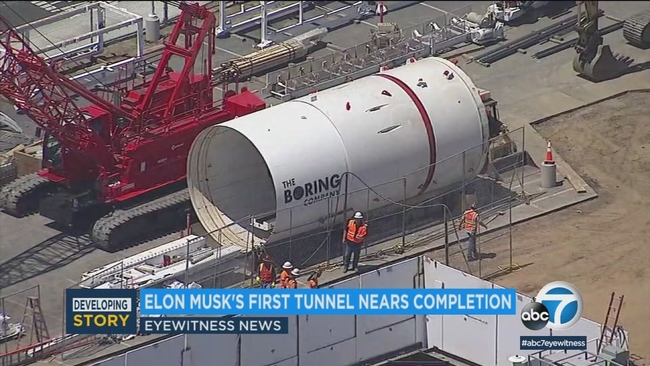