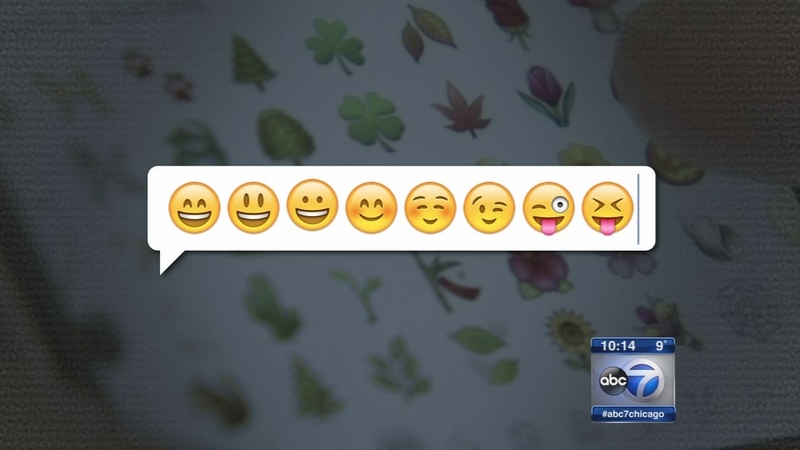 The most popular emojis are the most obvious: smiley faces, sad faces and that one that looks a little bit like chocolate ice cream.

But social media experts say parents need to look past the perceived silliness of emojis and understand these modern day hieroglyphics that mean a lot to the teens who use them.

They're "talking" with emojis, conveying real emotion, and we might be able to learn something from them.

Emojis are popping up in police reports and criminal cases; a teen in New York was accused of threatening police with the gun emoji.

But for most moms and dads emojis are another obstacle in understanding kids and keeping them safe.

Some even think it's replacing and reshaping how kids and especially teenagers communicate.

"It's sad, because children don't know how to talk to one another these days," one parent said.

Young adults say sometimes it's difficult to convey emotions over text, so adding a facial expression can lighten the mood.

For adults, however, deciphering emojis can be nearly impossible.

Do you know what a smiley face, sunglasses and blowing leaves mean?

Eddie Bocanegra, the executive director of the YMCA's Safety Violence and Prevention program, said it signifies a cool person who is about to smoke weed.

"One emoji could replace what five or six words someone would say to a person," Bocanegra says.

Every day, Bocanegra works with inner-city youth and he says their relationships, because of emojis, are evolving. And kids are sharing a lot of personal stuff.

"Talk about sex, talk about drugs, talk about neighborhoods. You name it. Conversations that we can't typically have with an adult because maybe we're embarrassed or just don't know how articulate. Around their peers they really know what that means," he says.

"The 12-year-olds, the 13-year-olds, they've had emojis since they've been using cellphones, so to them it is how they communicate," says Paul Booth, a DePaul University professor.

"I think kids have always created languages that parents don't understand. Any kind of slang, any kind of way to communicate in some sort of secret," he says.

So how can parents sort it all out? The tears of joy. The tears of sadness. The little devil and the 'I love you' eyes?

The best advice might be embarrassingly simple: Ask them.

"I think parents also asking their children, 'What do these emojis mean?' so they can have a better understanding," Bocanegra says.

"When you both understand what an emoji means, communication is facilitated. Communication works," says Booth.

As you slowly crack the emoji code, keep an eye out for a few things your kid might be doing.

Watch out for bullies. Emojis can be used to easily send threats, even suggest violence. And look out for emojis hiding sexual references.