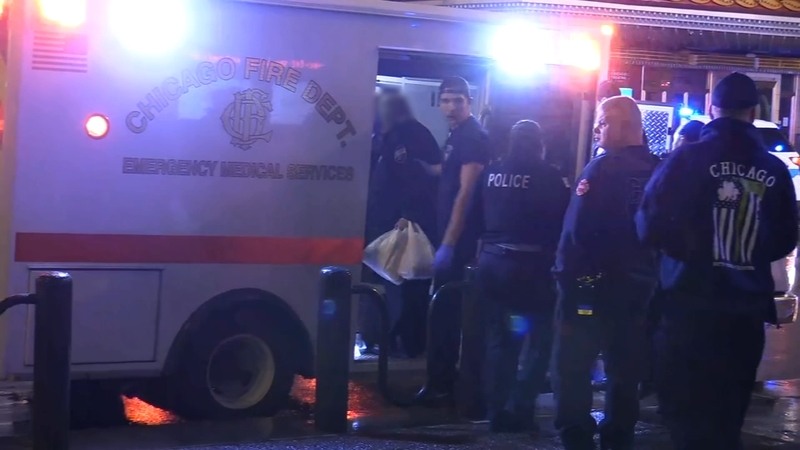 CHICAGO -- A teenage boy has been charged with beating and robbing a 61-year-old man and a passerby who tried to help him Sunday at a Red Line station in the Loop.

The man told investigators he was riding a northbound Red Line train about 11:40 p.m. on Dec. 30 when a group of six to 10 males and females, possibly teenagers, started harassing him, police said. He got off the train at the Lake station, 200 N. State St., and the group followed him.

Two males shoved the man into several females and then all the suspects started to punch him in the face and body, police said. When a 21-year-old man nearby saw the attack and tried to help the older man, the group also started to attack him.

They then took a bag from the older man and a cellphone from the younger man before running away from the platform, police said. Both men were taken to Northwestern Memorial Hospital, where they were treated for facial abrasions and listed in good condition.

The 14-year-old was arrested about 5:40 p.m. on New Year's Eve in the first block of East Chicago Avenue, police said. No other arrests have been made in the case.

CTA officials pulled video from security cameras and a police technology center will "expedite processing of digital evidence" in the case, according to a tweet from Chicago police spokesman Anthony Guglielmi.