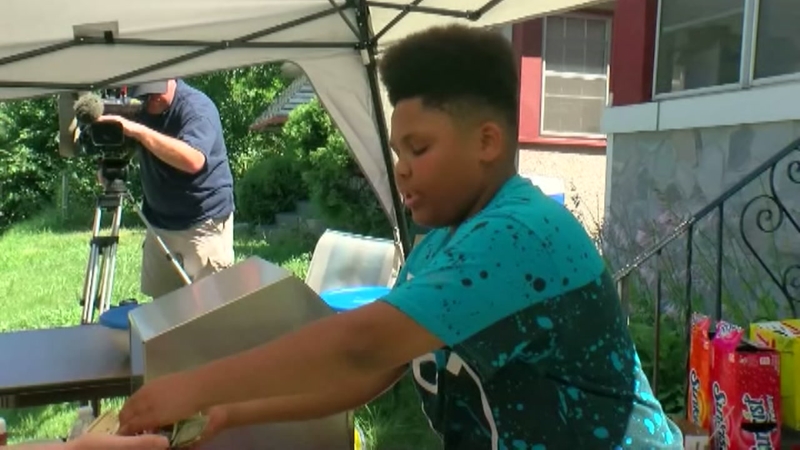 MINNEAPOLIS, Minnesota -- A Minneapolis teen entrepreneur got a helping hand from the city to make his business official.

Jaequan Faulkner, 13, has been selling hot dogs outside of his home since 2016.

His stand grew so popular, the city had to step in because his business wasn't permitted and he was handling food.

But instead of shutting Faulkner down, officials worked with him to keep the stand open.

"We helped Quan become permitted and went through some food safety techniques and procedures with him so he could operate legally and safely," said Minneapolis Health Department supervisor Ryan Krick.

Faulkner's stand is operating legally, and business has been good.

It's so good, he's able to pay himself and multiple family members.

"I pay me and my uncle and my cousin. But before I do any of that, I pay tax. It's not about the money. It's something I enjoy doing," Faulkner told WCCO.