Teen siblings shot in Back of the Yards on South Side, police say 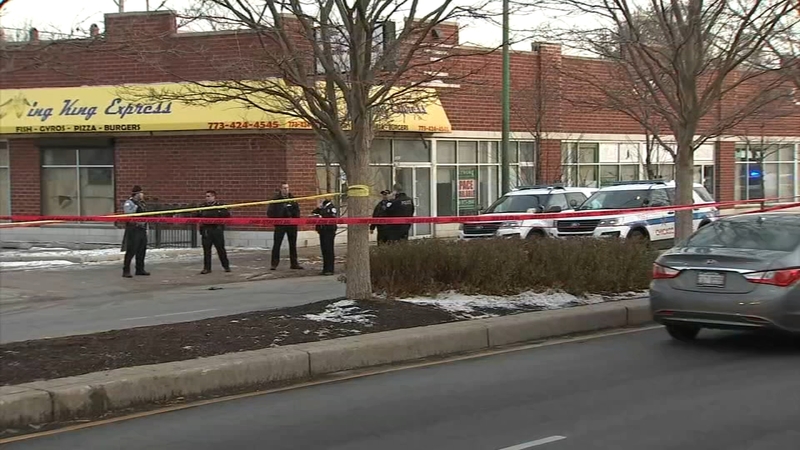 Teen siblings shot in Back of the Yards on South Side, police say

CHICAGO (WLS) -- Two teenage siblings were shot just blocks away from their high school in Chicago's Back of the Yards neighborhood Friday afternoon, police said.

Chicago police are now searching for three people who they say came out of a gangway and opened fire on the teens.

The shooting occurred shortly after school let out in the 5200 block of S. Ashland, Chicago police said.

Police said a 16-year-old boy was shot in the head and neck. He's in grave condition.

Police said the boy's 18-year-old sister was shot in the leg and her condition has since been stabilized.

Both teens are students at nearby Richards Career Academy, according to police.

Chicago police give update on a shooting in the Back of the Yards neighborhood Friday that left two teens injured.

"It was like seven or eight shots. Might be more than that because we were in the back of the house, and then, when we got around here, we just seen the ambulance went past us," said Cozy Herron.

"We're asking that the neighborhood here step up," Waller said.