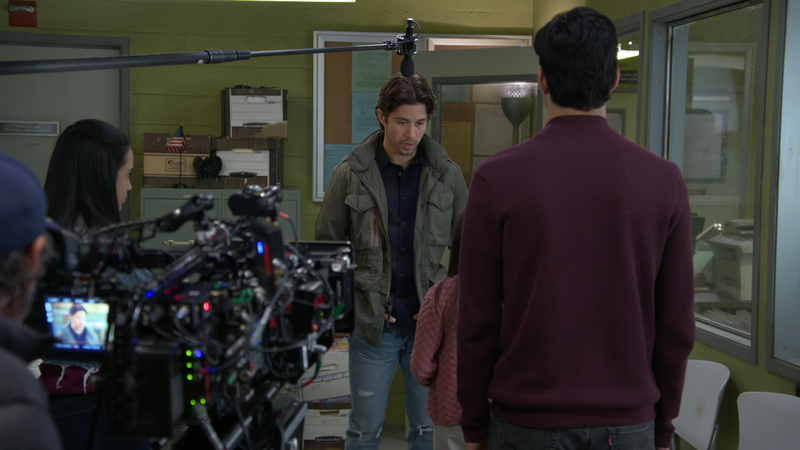 'Party of Five' cast promises a 'rollercoaster of emotions'

LOS ANGELES -- The beloved show "Party of Five" is coming back to life with Freeform's new reboot. Amy Lippman and Christopher Keyser, the original show's creators, reimagined the 1990s family drama with a modern-day deportation plotline.

The new show tells the story of the five Acosta siblings who struggle to navigate daily life after their parents are suddenly deported back to Mexico. All of the actors were instantly drawn to the contemporary storyline, which has been increasingly relevant since Lippan and Keyser first signed on to remake the show.

As an immigrant herself, actress Emily Tosta also immediately connected with the script: "It's something that's happening, especially in this country, on a daily basis."

Tosta moved to the United States from the Dominican Republic when she was 12 and has faced many of the immigration issues that the show highlights. Since immigrating, Tosta has had to learn English as a second language and acquire her right to work in the country. Having dealt with similar issues that her character faces, Acosta revealed that she uses her real life experiences to "tell a more authentic story" onscreen.

While the 1990s series' storyline featured a Caucasian family struggling after their parents death, the creators switched up the reboot to highlight the adversities of a Hispanic family. Not only is the cast grateful they get to target such meaningful topics with their show, but they're excited to be part of a movement of increased diversity and representation onscreen.

"Being able to embody lead roles that are Hispanic [is] a huge deal," Acosta said.

Brandon Larracuente is thankful that he gets to play a part in the trailblazing show: "For me it's an honor, it's a privilege."

Larracuente also revealed that while they play a family onscreen, the cast and crew quickly became a family off screen as well. "We all formed a really tight bond and I think that [will show] onscreen," Larracuente said.

The audience can expect a "rollercoaster of emotions" according to Tosta. "We hope to deliver a message of love, unity and strength. Especially understanding that families cannot be broken by borders."

The highly anticipated reboot will premiere on Freeform with a two-hour special on Wednesday, Jan. 8.

For fans that want a special sneak peek, they can watch the first episode on Hulu, Freeform.com or the Freeform app beginning on Jan. 1.