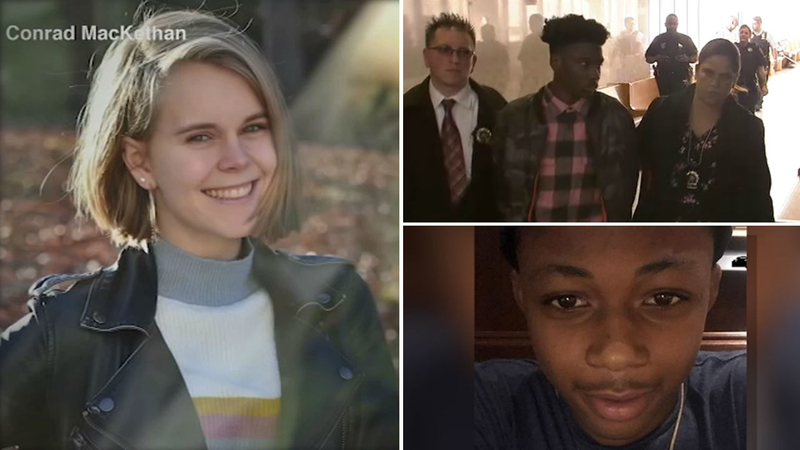 NEW YORK -- A third teenager has now been charged in connection with the brutal murder of Barnard College freshman Tessa Majors in Morningside Park last month.

Lewis' arrest comes on same day that 14-year-old Rashaun Weaver was arraigned in the case. Weaver is also charged with second-degree murder and robbery and is being charged as an adult.

Both teens pleaded not guilty and were remanded.

"While a criminal process will never fully heal the unimaginable pain suffered by Tessa Majors' family and friends, this indictment is a significant step forward on the path to justice," District Attorney Cy Vance said. "We are committed to holding these young people accountable, and equally committed to a fair process which safeguards their rights. This is how we will achieve true justice for Tessa and her loved ones."

Police released pictures of Weaver in December when he was identified as a suspect.

Prosecutors say they have built a strong case based on video evidence, DNA and Weaver's own statements.

Investigators say Weaver admitted to being in the park and hitting Majors with a knife after she wouldn't hand over her phone.

A 13-year-old being charged as a juvenile remains in custody, awaiting a family court trial in March. Police say that person went into hiding prior to being arrested.

Majors was stabbed multiple times before limping up a flight of stairs. Her final words were, "Help me, I'm being robbed."

While Weaver and Lewis are being charged as adults, police say they are taking extra precautions because they are only 14.