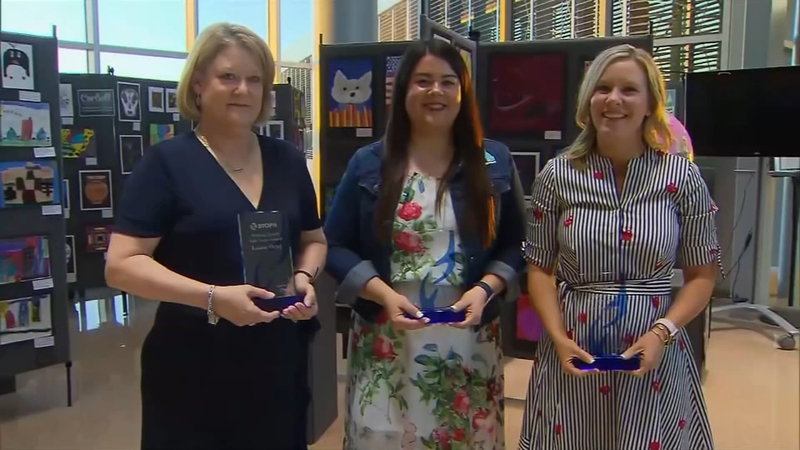 Three Texas educators were honored for coming to the aid of a troubled teen nearly 1,100 miles away.

Ashley Elementary School principal Kim Frankson, Assistant principal Jess Johnson and counselor Laurie Ortel are being lauded as heroes after calling local authorities to help out a Virginia student who contemplated suicide on the anti-bullying app STOPit, according to KTVT via CNN.

The trio received an alert from the app stating a child was threatening suicide. Despite not recognizing the student's name, they went into investigative mode to find out the student's school. Once they determined her location, Waynesboro, Virginia, they notified local police to check on the student.

"At the end when we knew she was safe we could definitely take a breath," said Johnson.

According to the STOPit website, the app provides "anonymous reporting and incident management solutions via a mobile app, web form, and phone hotline." The app has nearly three-million subscribers.

The Frisco school district signed up on the app to be more aware of bullying in the school system. Little did the women know they would answer the call of someone on the other side of the country.

STOPit founder Todd Schobel believes the student in Virginia Googled the app and used the Frisco code and "coded in". The trio was awarded the company's first Life Saver Award.