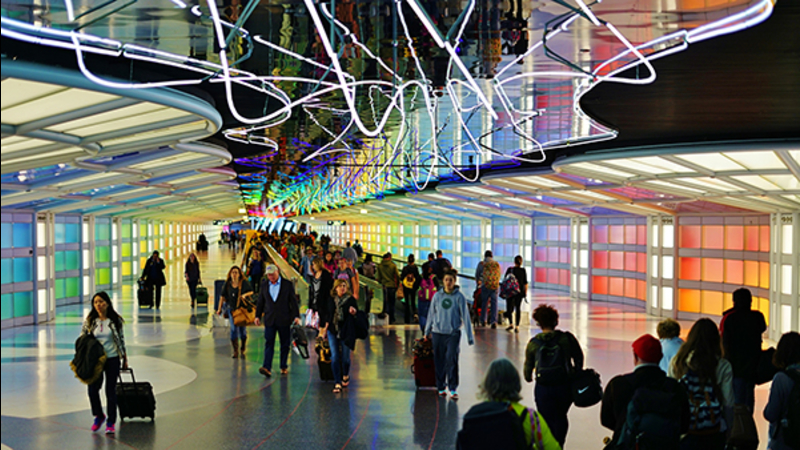 CHICAGO (WLS) -- Orbitz took a look at the 15 busiest airports in the U.S. and ranked them from best to worst for getting delayed at over this holiday travel season. O'Hare International Airport took the no. 4 spot.

Still, negatives were balanced by the amenities offered at the airport. O'Hare has 79 shopping outlets, the third-highest of the airports on the list, and the most dining options: 133. Orbitz also highlighted the airport's yoga room, and the ability to access the airport Hilton's 8,000-square foot athletic club (which includes a sauna, steam room, workout equipment and lap pool) as long as you pay the day rate.

Orbitz recommended O'Hare for families, who can visit an aviation-themed interactive playground. "There's also a plentiful supply of Lego to keep kids of all ages entertained," the company wrote.

While Wi-Fi at O'Hare was slower than some other airports, it is free, and there are 13 members-only lounges and two public lounges where passengers can relax while they wait for their flight.