FranklyHANK: 'The Minutes,' 'A Christmas Carol' & World of Chocolate 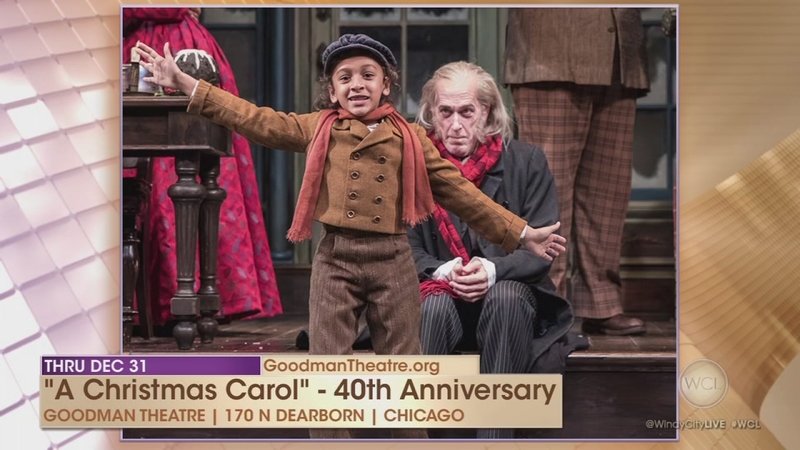 FranklyHANK: The Minutes, A Christmas Carole & World of Chocolate

The new play, "The Minutes," by Tracy Letts -- who won the Pulitzer and the Tony for "August: O'Sage County" -- is now at Steppenwolf Theatre through January 7. The comedy set in small town America focuses on a city council with a wonderful cast of characters. When Mr. Peel (Cliff Chamberlain) learns that fellow council member, Mr. Carp (Ian Barford), is no longer on the council, he begins to inquire why. When the mayor, played by William Peterson ("CSI"), dismisses his requests, Mr. Peel wants to see the minutes of last week's city council meeting. That's when he learns, they are not available. Thus the mystery begins as to why Mr. Carp is no longer on the City Council.

Letts' play is riveting for the first hour and 30 minutes. It's funny. Its characters come alive on a stage that doesn't change for the entire production. The cast is simply fantastic. The problem for me is that that show is an hour and 40 minutes long and in that last 10 minutes Letts takes us down a rabbit hole I don't think is necessary. Without giving too much away, a bizarre ritual takes place. Totally bizarre. For me, it made no sense. That being said, the show is certainly worth seeing based on that first one hour and 30 minutes.

Goodman Theatre is celebrating 40 years of "A Christmas Carol." Actor Larry Yando is back as Scrooge for his 10th year and this cast of locals make up the perfect holiday treat each year in Chicago. If you've seen Goodman's "Carol" in the past, you owe it to yourself to see it again. Each year the show is tweaked just a bit whether with new special effects, or Yando tweaking his performance, or simply by new cast members. It's the perfect show for the family (although little ones may get scared when the Ghost of Jacob Marley shows up). Also new this year, the first female Tiny Tim. Actress Paris Strickland, age 10, plays Tim and she herself is a miracle. Strickland survived cancer when she was an infant.

Tickets available at GoodmanTheatre.org. The shows runs through Dec 31, 2017.

Kick off the holiday season at this year's World of Chocolate on Friday, presented by the AIDS Foundation of Chicago and hosted at Revel Fulton Market, the winter gala is also Chicago's premier World AIDS Day event.

Chocolatiers from 20 of Chicago's best restaurants, hotels and bakeries will showcase their signature sweet delicacies, savory bites, and craft cocktails while competing for the evening's best creations decided by a panel of celebrity judges.

This year's theme, International Affair, will focus on how the impact of HIV/AIDS knows no national border, and how the community has banded together to fight HIV. Funds raised through World of Chocolate support AFC's work to end new cases of HIV in Chicago and beyond.