Kodi Smit-McPhee is Oscar's youngest nominee this year, but even his mom thinks he has an 'old soul' 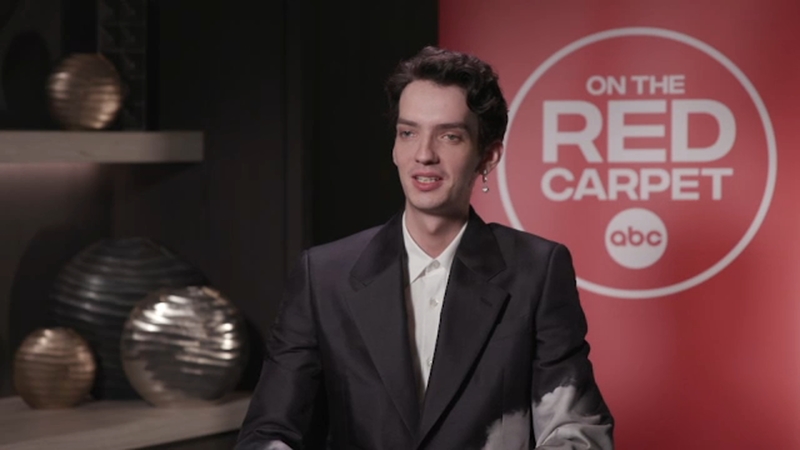 HOLLYWOOD -- At 25, Kodi Smit-McPhee is the youngest of this year's acting nominees going for that Oscar gold. He represents one of 12 nominations for "The Power of the Dog." The power of his acting got him here.

In director Jane Campion's "The Power of the Dog," Smit-McPhee plays a quiet, smart and resilient character dealing with an angry, unkind cowboy played by Benedict Cumberbatch. Smit-McPhee approached the role with the idea of giving an understated performance.

"Yeah, it is my kind of thing with Jane or any director that I work with that I'm told to turn it up. I'd rather be told, for some reason, to turn it up than turn it down," said Smit-McPhee.

Smit-McPhee said he's been told many times that he seems mature for his age.

"The Power of the Dog" heads into the Oscars with more nominations than any other movie - it has a dozen. Many of the production team may well be front and center on Oscar Sunday, including Ari Wegner, who could become the first woman to take home the Academy Award for Best Cinematography.

"Even my mom used to call me 'old soul' because, you know, because I came out of the womb with so many wrinkles on my hands. And, yeah, it's a reoccurring theme," said Smit-McPhee.

He has enjoyed his awards season wardrobe, though, showing up at events in looks he appreciates.

"I have teamed up with Bottega and they've been really helping me carve out some really cool, tastefully daring looks. I like to make a statement but also not so much where you think, 'Oh, what is this kid doing?' I like to keep it tasteful," said Smit-McPhee.

Mark your calendar: March 27 is Oscar Sunday. Special "On The Red Carpet" coverage begins at 1 p.m. ET/10 a.m. PT and continues all day leading up to the 94th Academy Awards ceremony. After the last award is handed out, stay with "On The Red Carpet" for continuing coverage. Be sure to follow @OnTheRedCarpet on Facebook, Twitter, Instagram and TikTok for all your Oscar news and information. Click here to download our CTV apps to watch "On The Red Carpet" wherever you stream.
Report a correction or typo
Related topics:
arts & entertainmentoscarsaward showsacademy awardsmovie
Copyright © 2022 OnTheRedCarpet.com. All Rights Reserved.
OSCARS
Harlem Cultural Festival to return to NYC
Jada Pinkett Smith says her family is 'healing' in 'Red Table Talk'
Comedian's mother speaks out after Chris Rock, Will Smith slap
Will Smith gets 10-year Oscars ban over Chris Rock slap
TOP STORIES
Death toll rises to 21, mostly children, in TX school shooting
Uvalde school shooting: What we know about 19 kids, teacher killed
Republican candidates for Illinois governor face off in 2 forums
Father of Texas yoga instructor accused in cyclist's murder speaks out
Chicago expected to move to 'high' COVID level by Friday, Arwady says
Gary teen killed in shooting identified by family
Chicago Weather: Showers and storms Wednesday
Show More
Woman shot near CTA Red Line stop on South Side
Biden says 'we have to act' after Texas school shooting
1 killed in 10-vehicle crash on I-294 in Glenview
Long COVID symptoms mainly affect women in their 40s, study finds
Watch Steve Kerr's raw, emotional plea after Texas shooting
More TOP STORIES News