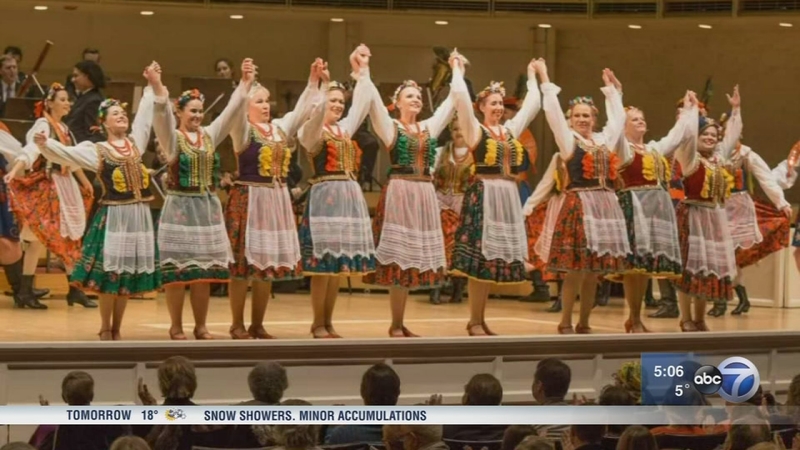 CHICAGO (WLS) -- Chicago police are investigating after a car break-in in the Wicker Park neighborhood after a garment bag was the only item taken from inside. However, that bag contained five handmade Polish folk outfits.

The heartbroken owner said she considers them priceless.

Marley Dzis loves sharing her culture by performing in Polish folk outfits with the Lira Ensemble.

"People come up to us and tell us how much we remind them of their moms and grandmas. And they have all these memories that flood back to them of their family members singing these songs to them as kids," said Marley Dzis.

Over the weekend, a thief broke Dzis's rear car window and stole five costumes on loan from the ensemble.

The outfits were in a garment bag in the back seat of her car parked in the 14-hundred block of North Wicker Park Avenue.

Made in Poland, they're worth about $600 a piece. But to this Polish immigrant, they're priceless.

She spent Christmas Eve searching all over for the costumes.

"My thought is someone probably thought they were suits or fur coats and noticed they are Polish folk outfits and probably threw them away. I even followed a garbage truck," said Dzis.

With two performances coming up, she's hoping for a miracle.

"This is a lesson for me to never leave anything in my car," said Dzis. "If you took it and you have it, I would really appreciate them being returned. They just mean so much to me."

There are security cameras near where her car was parked over the weekend, but as of now it's unclear if this was captured on video.

She did file a report with police.