WLS
Several times in recent years, the nation has found itself mired in grief, outrage and confusion over the killings of civilians, many of them men of color, at the hands of police officers. Here's a look back at some of the high-profile and deadly officer-involved shootings in recent years:

Michael Brown, 18, was fatally shot by Darren Wilson, a white officer in Ferguson, Missouri. Police said that Brown had stolen nearly $50 worth of merchandise from a nearby convenience store just minutes before the fatal confrontation with Wilson.

Wilson claimed that he opened fire after Brown started moving menacingly toward him, though some witnesses claimed that Brown was in the process of surrendering when he was shot six times.

Ferguson, a suburb of St. Louis, was engulfed by protests in the days following Brown's death, with additional demonstrations coming after a grand jury declined to charge Wilson. A Justice Department probe also cleared Wilson but did uncover patterns of racial bias and profiling in Ferguson's police and courts.

Van Dyke claimed he shot knife-brandishing McDonald "in defense of his life," but dashboard camera footage of the shooting showed that McDonald appeared to be walking away from Van Dyke as Van Dyke opened fire.

On Oct. 5, 2018, a jury found Van Dyke guilty of second-degree murder and 16 counts of aggravated battery. Van Dyke was found not guilty of official misconduct.

Cleveland police have released video showing a 12-year-old boy carrying a toy gun without the safety indicator as he was shot and killed by an officer.

A grand jury declined to indict Timothy Loehmann, the officer who shot Rice, or Frank Garmbac, another officer also at the scene of the shooting. Cuyahoga County Prosecutor Timothy McGinty said that officers who make "split-second" decisions are afforded the benefit of the doubt under state law.

Judy Scott, whose 50-year-old son Walter was shot to death Saturday by a police officer now charged with murder, told ABC News, ''This has got to stop.''


Walter Scott, 50, was fatally shot by officer Michael Slager during a traffic stop in North Charleston, South Carolina. Despite Slager's claims in court that he shot Scott because he feared for his life, cell phone video of the incident shows that Scott was shot in the back as he ran from Slager.

A federal judge sentenced Slager to 20 years in prison in connection with to Scott's death.

Live report from 2016 following the shooting death of Alton Sterling.

Alton Sterling was shot and killed by officer Blane Salamoni during a 2016 struggle outside a Louisiana convenience store where the 37-year-old black man was selling homemade CDs.

On March 30, 2018, Baton Rouge Police Chief Murphy Paul announced Salamoni's firing. Paul also suspended Lake for three days. Both officers had been on paid administrative leave since the July 5, 2016, shooting. The Justice Department and Louisiana's attorney general have ruled out criminal charges against the officers.

A woman who watched as a police officer fatally shot her boyfriend during a traffic stop broadcast the gruesome aftermath of the slaying live on Facebook.

School cafeteria supervisor Philando Castile was shot and killed by a police officer in 2016 in suburban Minnesota.

Officer Jeronimo Yanez pulled Castile over for a broken tail light as he drove with his girlfriend and her 4-year-old daughter. Castile informed Yanez that he had a weapon in the car. Yanez told Castile not to "reach for" the weapon before firing multiple rounds into the car, dashboard camera footage shows.

Diamond Reynolds, Castile's girlfriend, said that Castile was reaching for his wallet when Yanez opened fire. Castile's death made national news after Reynolds live-streamed the aftermath on Facebook, showing a bloodied Castile in the final moments of his life.

Yanez was found not guilty of second-degree manslaughter, though he was fired from the city's police force.

Protestors clash with police on I-85

Keith Lamont Scott was fatally shot by officers who were conducting surveillance on an unrelated case with a different suspect. The officers said they saw a blunt and a weapon in Scott's vehicle and that they opened fire after Scott failed to follow commands to drop his weapon.

According to Scott's wife - who recorded video as she pleaded with Scott from afar in the moments before his death - Scott did not have a weapon, though he did suffer from a traumatic brain injury.

ABC's Alex Perez has the latest on an Australian woman shot and killed by a Minneapolis officer.

Justine Damond, 40, was fatally shot outside of her Minnesota home after calling police to report a possible sexual assault nearby.

Officers Matthew Harrity and Mohamed Noor arrived to investigate Damond's report. Harrity said he heard a loud noise outside his squad car before Damond approchaed the driver's side window. Noor fired his gun past Harrity, striking Damond through that window of the vehicle, Harrity later told state investigators.

Damond was pronounced dead at the scene. Noor has been charged with third-degree murder and second-degree manslaughter in relation to her death and made his first court appearance in March 2018.

Protesters are demanding that the two officers involved in a Sacramento shooting be charged in the death of 22-year-old Stephon Clark.

Two Sacramento police officers who were responding to a report of someone breaking car windows fatally shot 22-year-old Stephon Clark. Video of the nighttime incident released by police shows a man later identified as Clark running into the backyard where police fired 20 rounds at him after screaming "gun, gun, gun."

It turned out Clark was holding a cell phone.

Clark's family filed a lawsuit against the city of Sacramento in September 2018. They're seeking more than $15 million in damages. 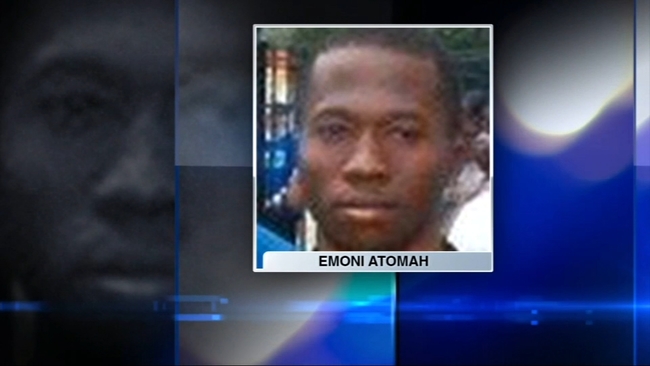 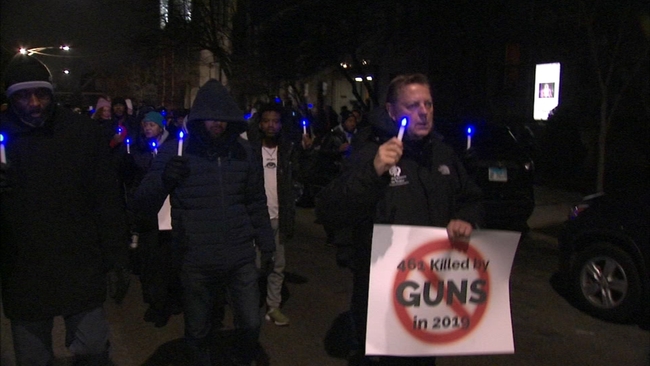