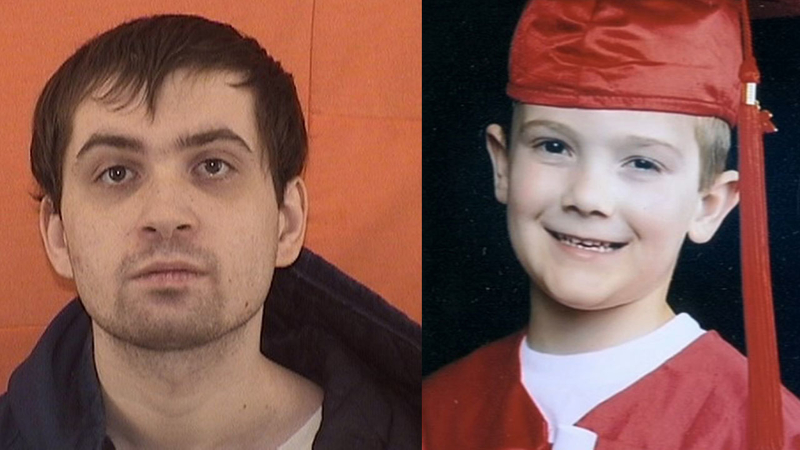 Aurora police headed to the Cincinnati area Wednesday to assist the FBI with a possible break in the case of Timmothy Pitzen, an Aurora boy who went missing in 2011 when he was 6 years old.

Wednesday morning, a 14-year-old boy told authorities that he was Timmothy and that he "had just escaped from two kidnappers that have been holding him for 7 years," according to Cincinnati area police authorities.

Residents in a Newport, Kentucky, neighborhood -- just across the Ohio River from Cincinnati -- called police after the boy was found wandering the streets. He approached a woman in a vehicle asking for help.

A woman who stood with the boy until police showed up said he looked confused and rattled.

"He looked like he had been beat up, punched in the face a couple of times," one of the residents said. "You could see the fear on him and how nervous he was and how he kept pacing. He just looked odd."

In a statement Wednesday afternoon, Aurora police said they could not confirm that the boy is Timmothy. One of the two detectives headed to Ohio is a cold case investigator.

DNA results are expected Thursday afternoon. The boy was taken to Cincinnati Children's Hospital for evaluation.

Timmothy was last seen at Wisconsin Dells with his mother. Aurora police said they have received hundreds of tips in the nearly eight years since he went missing.

FBILouisville and @FBICincinnati are actively coordinating with the Newport PD, @CincyPD, Hamilton County Sheriff’s Office, and @AuroraPoliceIL on a missing child investigation. There will be no further statement made on this matter until we have additional information.

On Wednesday, Timmothy said his kidnappers were two white men with a "body-builder type build" and tattoos, according to a Sharonville (Ohio) Police Department incident report. He said he escaped and kept running across a bridge in Kentucky. They had been staying at a Red Roof Inn, but he said he did not know where.

The report says that the men were driving a "newer model Ford SUV, bearing unknown Wisconsin plates, with a 2nd row, white in color with yellow transfer paint, and a dent on the left back bumper."

The boy was not spotted in Sharonville, but they do have a Red Roof Inn and had been made aware of the incident as investigators searched for all Red Roof Inn hotels in the Cincinnati area.

"We never stopped looking for him," said Anderson, who lives in north suburban Antioch.

Anderson had a message for her grandson: "We never stopped looking for him, thinking about him and we love him and we'll do everything we can to get him back to a good life."

An age progression photo shows what missing Aurora boy Timmothy Pitzen could like at the age of 10.

She was found dead on May 14. She had taken her own life.