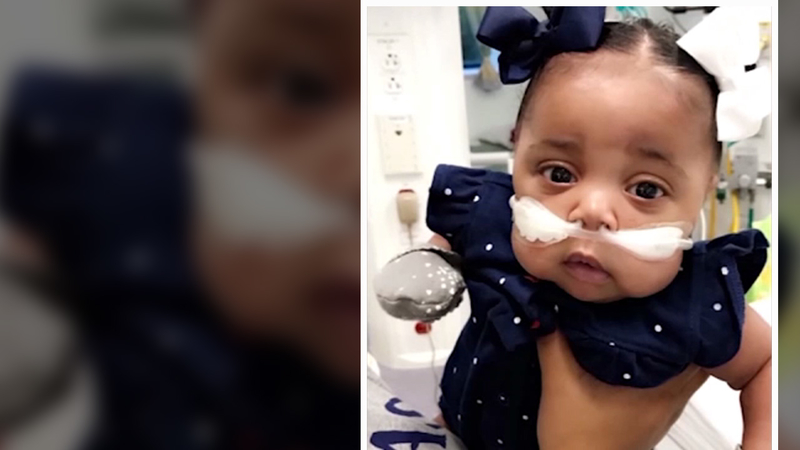 FORT WORTH, Texas -- A Texas hospital says keeping a 10-month-old on life support is causing her more pain.

A judge extended a temporary injunction to keep Tinslee Lewis on life support at Cook Children's Medical Center until at least Jan. 2, 2020. Tinslee was born prematurely with a rare heart defect, leading to hypertension and lung disease.

The hospital treating her believes nothing can be done, saying she's in pain and it's cruel to keep her alive artificially.

However the girl's mother, Trinity Lewis, argued she should be the one who makes the final decision on when her daughter's care should end.

"This isn't Tinslee's first rodeo. She's made it this far. I know she's going to continue to fight for her life," Trinity told KTVT.

Attorneys for the hospital referred to the continued treatment as torture and revealed some staff have asked not to be assigned to Tinslee's care any longer. They've had to set up a special system for assigning care to Tinslee because some believe they are hurting her rather than helping her.

"She's in pain and she's suffering as a result of the things we're doing for her to stay alive and to care for her," said Wini King with the medical center.

The case has drawn new attention to the Texas law giving hospitals a process for making end of life decisions.

The attorney general's office supported the argument that the law takes rights away from patients and is unconstitutional.

But some medical and life advocacy groups support the law.

"There is a measure of review. The family can be present. The family was present in this case. The family got a chance to speak," said Joe Pojman with the Texas Alliance for Life.