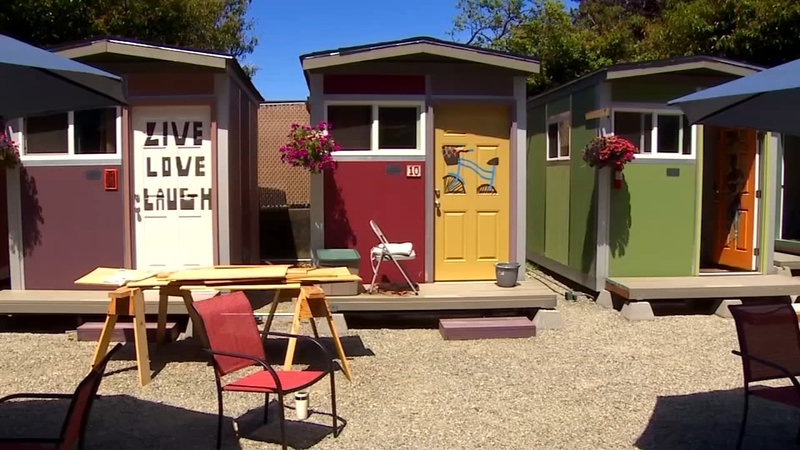 SEATTLE -- The beds were made, floors were mopped and welcome home gifts were set out as Seattle's first tiny house village for women got ready to open.

KOMO reports the Whittier Heights tiny house village opened its 15 homes to homeless women on Wednesday. The village, located on a City Light property in the 8000 block of 15th Avenue Northwest, near Ballard, was filled with curious eyes Tuesday.

One woman said she drove down from Lynnwood with a friend to check out the brightly colored homes to see if there was a way she could help.

The village, run by the Low Income Housing Institute (LIHI), was built by a crew of mostly women volunteers.

Melinda Nichols, a carpenter for more than 45 years, said she taught people how to build the homes.

"What tiny house villages make me think of is what a real community does to create a community," said Nichols, who lives in North Bend.

Linda Uno, a retired teacher from Sammamish, was mopping floors, making beds and hanging curtains Tuesday. She set out toiletries on the beds, as well as candy and other treats.

Uno said the skills she learned in high school woodshop and watching her father build their family cabin helped her with the tiny house construction.

LIHI, which runs tiny house villages across the city, said same sex couples, women who are pregnant and post-partum and seniors are eligible to live in the village.

"When they come into their new homes hopefully they're going to feel really cared for because the community is really caring for these women," said Uno.

One LIHI worker said drugs and alcohol will be allowed, but not in public spaces.

Nichols, who has worked with LIHI for years, said the project was built after Mayor Jenny Durkan said she wanted to see a tiny house village for women created.

According to the 2018 Seattle/King County Point-in-Time Count of Persons Experiencing Homelessness 35 percent of all people living homeless are women. The village, according to LIHI, will be able to shelter 20 women.

Nichols said LIHI will watch the project to see if it's successful, if so other women-only villages could be in the future.