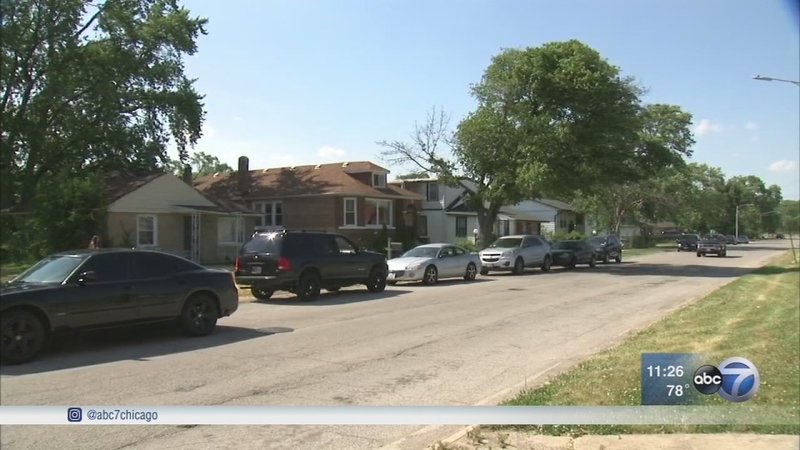 DIXMOOR, Ill. (WLS) -- Dixmoor police said the parents of a 2-year-old are under investigation after he was found wandering in an alley with "unknown marks" on his body.

The people who first saw the little boy walking around alone said the 911 call made may have saved his life.

"Thank god we were out there, and she was out there, and my son-in-law came to the house and got me and told me it's a baby walking through the alley," said Mirtha Howard.

Howard and her family were outside doing yard work around 10:30 a.m. Monday when a tree-trimmer saw a 2-year-old boy walking alone in an alley off 145th Street.

"The dirt that was on the child's chest, his saggy diaper, the mark that was on his left ankle, that right there really stood out to me," said Tracey Marchman.

Mirchman said she brought the child to Howard, who called 911.

"It just concerned me. You know I have kids," Howard said. "Why is he outside this early by himself? What are you doing that, you know, is so important that you can't keep an eye on your baby?"

Dixmoor police said the boy got a medical assessment at the police station.

"He had no shoes on, he had nothing but his diaper. We took the child into protective custody, located the family, contacted DCFS," Burge said.

Dixmoor police stopped by the boy's mother's house to question her, and earlier told ABC7 Eyewitness News she was being cooperative.

Both women said calling 911 was simply the right thing to do.

"I was scared for the little boy because if he wouldn't have seen us this morning he would have took off in some other direction and toward the expressway. He would have gotten hit by a car," Marchman said.