VIDEO: Toddler strapped in car seat falls out of moving car in Minnesota 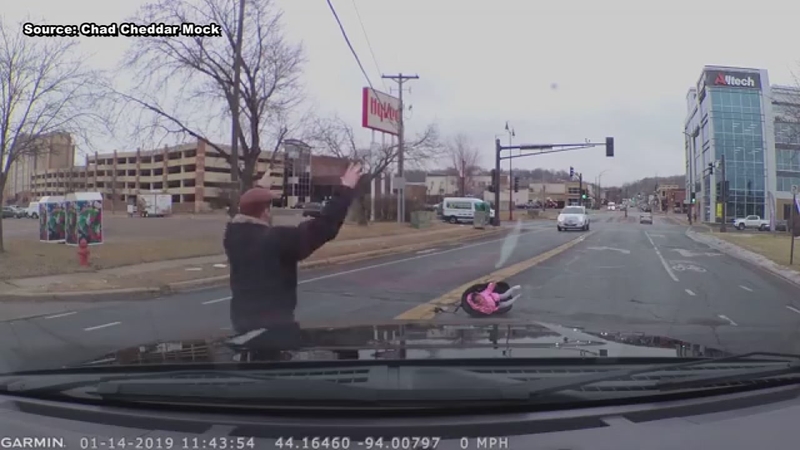 MANKATO, Minn. -- A 2-year-old girl strapped into a car seat toppled out of a moving vehicle in Minnesota on Monday.

Video captured by Chad Mock and posted to Facebook shows what happened.

The car seat fell out of the rear driver's side of a sedan as it took a right curve. Mock, who was driving behind the sedan, stopped his car and ran to the toddler's side. Waving his arms in the air, he stopped an oncoming van from getting too close to her.

"If it didn't happen in front of me, I'd never have believed it," Mock said on Facebook.

Mankato public safety responded around 11:45 a.m. to a report of a child in the road on Minnesota Street, near the intersection of Riverfront Drive and Cherry Street.

Officers and ambulance staff checked the little girl and found she was not hurt. She did not have to go to the hospital.

Her parents came back as soon as they realized what had happened. Her mother was behind the wheel.

Police said the child was fastened into the seat, but not tethered to the vehicle. Investigators are looking into why the door flew open, allowing the car seat to fall out.

Police requested charges of child endangerment and child retraint sytem not fastened against the toddler's mom.