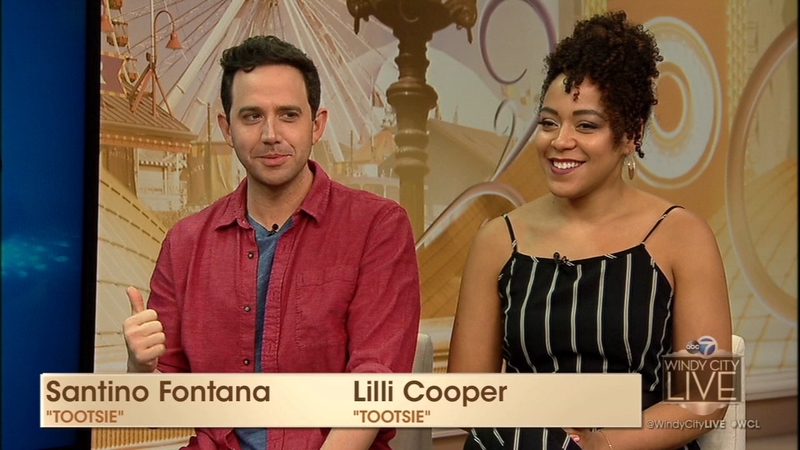 The stars of Broadway-bound "Tootsie" visited WCL on Tuesday to talk about the show.

Tony nominated actor Santino Fontana and co-star Lilli Cooper talked about their lead roles in the musical comedy based on the 1982 film of the same name with Dustin Hoffman and Jessica Lange. You can catch "Tootsie" through October 14th at the Cadillac Palace Theater.