'Tootsie' to premiere as a musical in Chicago 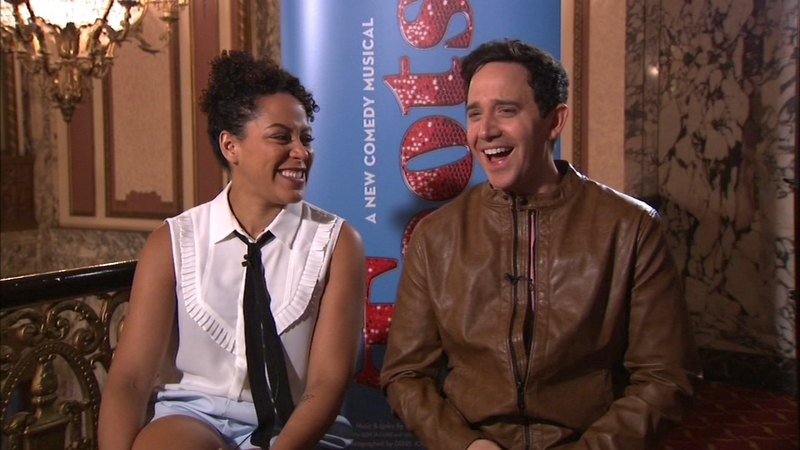 'Tootsie' to have world premiere as a musical on Chicago stage

CHICAGO (WLS) -- "Tootsie" was a mega hit movie in the early 80's and now it's about to have a world premiere as a musical on the Chicago stage.

ABC7's Janet Davies spoke with the cast of the comedy.

Meet the stars and creative team of Tootsie. At the helm is a DePaul Theatre grad, director Scott Ellis.

"I love love love love Chicago, not only did that school change my life completely, but it introduced me to Chicago," said director Scott Ellis.

In the role that earned Jessica Lange an Oscar is Lilli Cooper.

Janet Davies: "Lilli, How are Chicago audiences for you?

Lilli Cooper: "They're really smart and love theatre, and are exposed to it a lot, so it's great to have intelligent, experienced audience members."

David Yazbek, who just won a Tony for "The Band's Visit" score, provides music and lyrics for Tootsie.

"The movie is a classic on its own, but we've literally adapted it to a modern sensibility," said Yazbek.

As in any show that started on the big screen, the actors are ready for a visit from the original stars.

"I can't imagine being in a movie over 35 years ago and seeing people retelling that story, it's gonna be surreal," said Santino Fontana.

Davies: "So, Santino, do you know what size you are female-wise now?"

Fontana: "No, I don't! I have a large rib cage, I know that. It's not fun. Trust me, I'm like a dinosaur, tyrannosaurus rex. I do have great legs I found out- I've been told by my wife!