The Republican, who was never afraid of taking a position even if her party disagreed, died of a stroke last week at age 70. The Riverside native and long-time politician was re-elected to a second term as state comptroller in November. 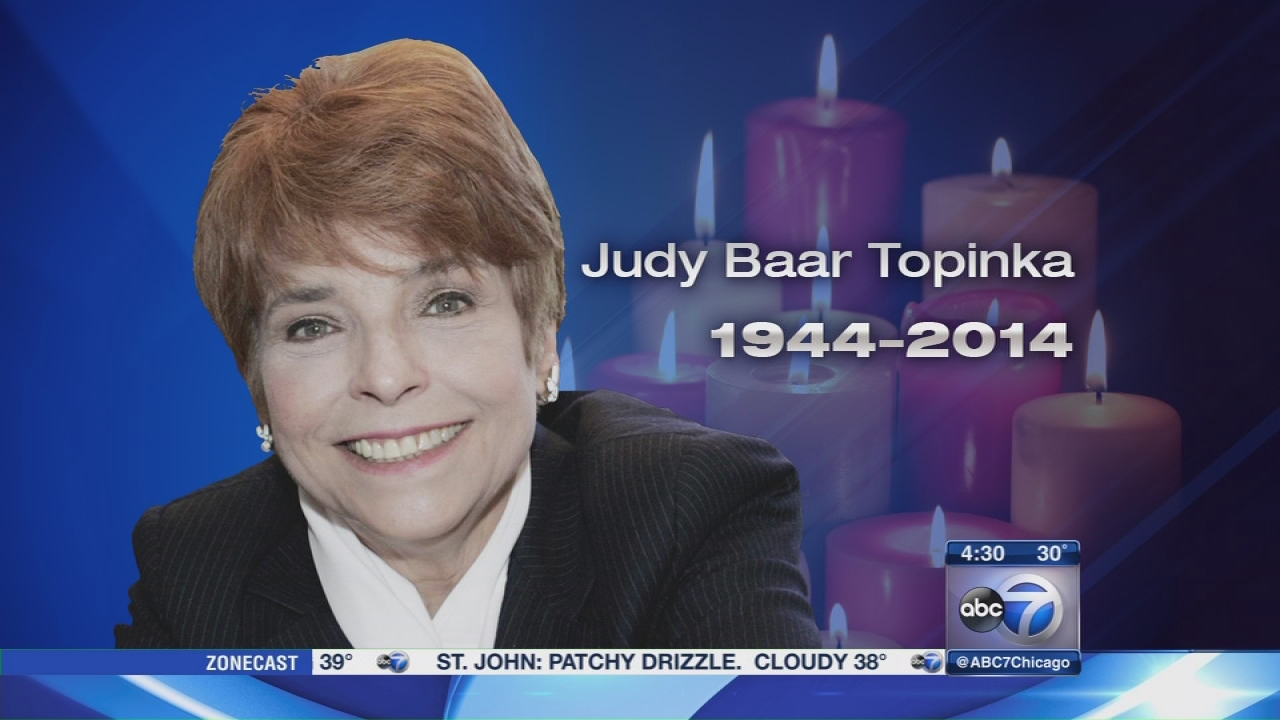 Praise came from both sides of the aisle. Several Illinois lawmakers, including Governor Pat Quinn, former Governor James Thompson and Governor-Elect Bruce Rauner, spoke at the memorial, which was held at IUOE Local 150, located at 6200 Joliet Road in Countryside.

"She didn't care whether it was a Republican sponsored bill or a Democratic-sponsored bill. If it had value to the people, she was there," Secretary of State Jesse White, democrat, said.

"Partisanship has no place for her. She's really just a good government person who likes to work with the people," Former Il. Comptroller Dan Hynes, democrat, said.

"All of us have lost that middle voice that's really lacking in this country," Jim Sweeney, Operating Engineers Local #150, said.

Topinka was a champion for women's rights who called herself a political mutt, noting that voters could relate to her because they thought she was one of them - a straight talker.

"In the Old Testament, Isaiah the prophet talks about righteous oaks, of men and women who are willing to volunteer for the toughest assignments. And for me, that summarizes the life of Judy Baar Topinka," Gov. Quinn said.

Topinka served Illinois for more than three decades in the General Assembly, as state treasurer and comptroller. Neither Rauner nor Quinn spoke about the simmering question over who will take over in Topinka's absence. However, Republican Mark Kirk said he believes Nancy Kimme, Topinka's chief of staff, should be appointed to serve until 2019.

"That's the best way to live up to the decision that the people of Illinois made when they elected Judy to be the comptroller," Kirk said.

"God bless the great state of Illinois. God bless each of you. And, God bless my mom," he said.